What are the different stock documents? 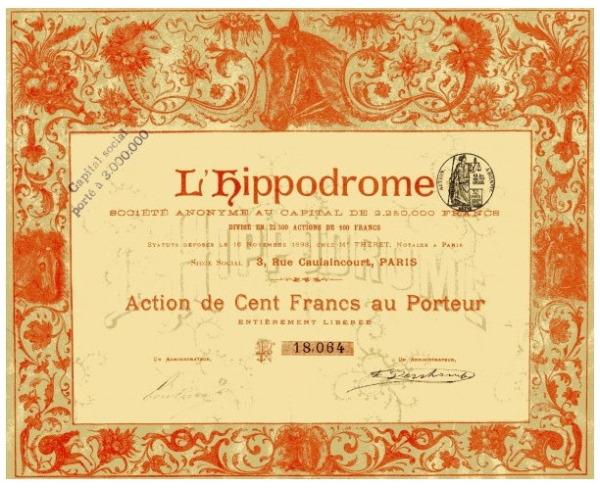 There are several kind of stock market certificates: the shares, the founder shares and the bonds.

The shares ("action" in French) 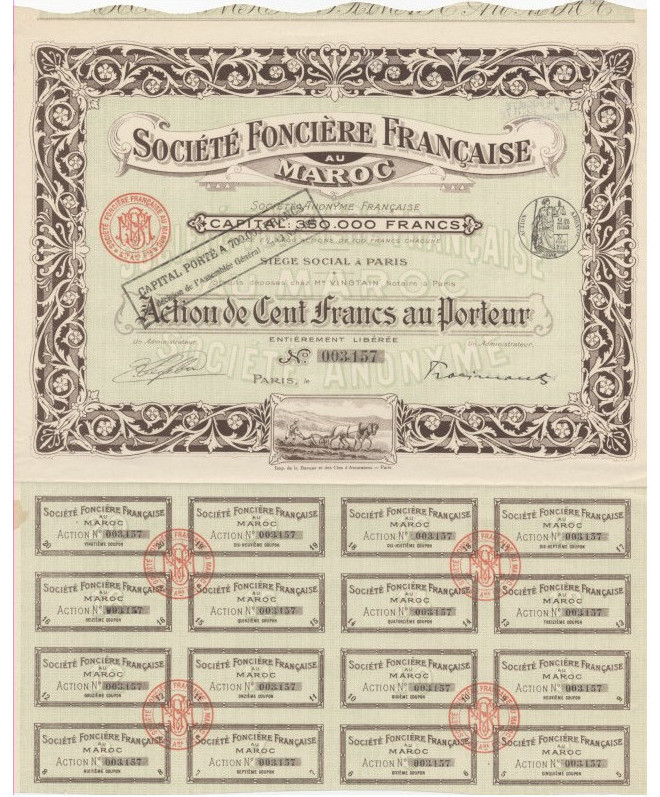 A share is a co-ownership right over a company. It gives the right to a dividend materialized by the detachment of a coupon, generally located at the bottom of the bond.

The variable dividend depends on the results and the more or less generous distribution policy of the company. This is why stocks are sometimes called "variable income securities".

Some companies, especially in the 19th century, when they were particularly comfortable with cash, repaid part of the original capital each year.

When this was fully reimbursed, the certificate was called "share of enjoyment" ("action de jouissance"). The holder, however, normally continued to receive dividends. In this case, the security often had a stamp stating "partially amortized capital of ... F". 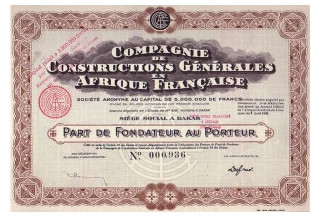 The founder's share is in the process of disappearing, the French law prohibiting it from now on.

They gave right to a part of the profits of the company, but did not constitute a right of ownership on the capital, except possibly on the liquidation certificates. They did not give any decision-making power in the management of the company.

The existence of such securities sometimes posed problems, which could lead the company to propose the conversion of these into shares. But then another obstacle often appeared: that of the evaluation of this property right.

Originally, the founders shares were often allocated to the first founding partners of the company, or in some cases, to compensate contributions that could hardly be quantified in capital. Thus, the shares of Machines Bull were, when the company came under American control, allocated to the former shareholders to compensate them for the fact that they then found themselves in the minority. Since then, control of this company has changed several times. 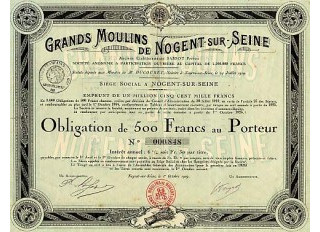 A bond is a debt which gives entitlement to interest agreed in advance.

Except in exceptional circumstances such as the bankruptcy of the borrower, the holder is certain to receive a fixed income. This is why bonds are sometimes called "fixed income securities".

The borrower can be a business, a community, or a state. In the latter case, the bonds are sometimes called "annuities", or more often "state loans" or "state funds". An obligation may include an indexation clause. A bond can also be convertible or, in rare cases, exchangeable for shares.