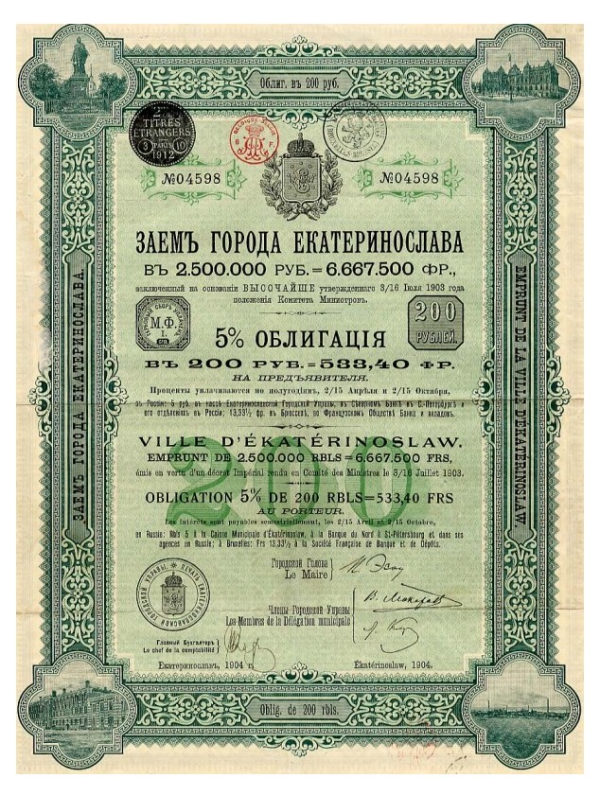 At the end of the 19th century, Europe lived under the law of alliances. As Germany and Russia move away, Saint Petersburg and Paris get closer. Russia needs money and France needs friends to face the Triplice (Germany, Austria and Italy). "Slovophily" turns into hysteria. 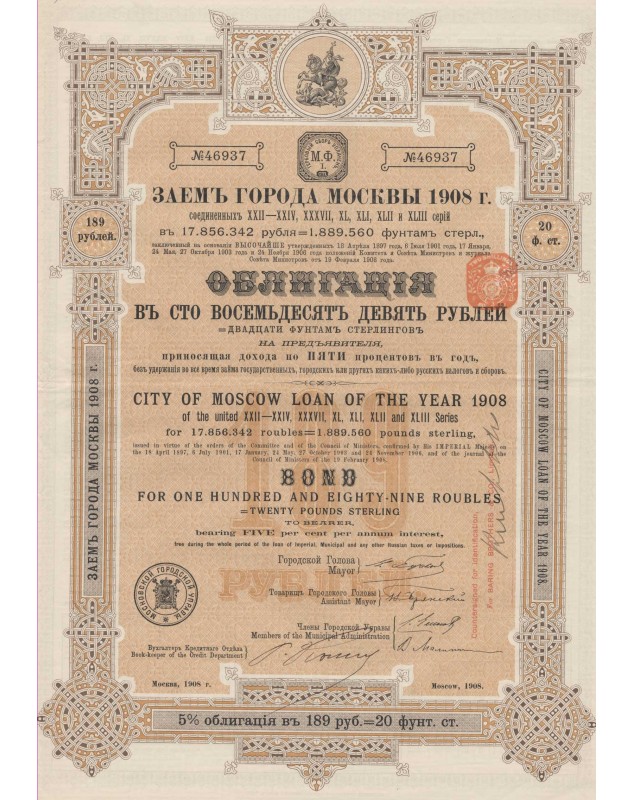 In 1888, Moscow issued four loans of 500 million gold francs, under the blessing of the French public authorities. The Franco-Russian Alliance of 1891 ensures the success of the loans which multiply. Savers then rush to the bank counters to act as patriotism and lend to Alexander III (we will even build a bridge in Paris over the Seine that bears his name), then to Nicolas II, to the City of Moscow, or to the paths of Semiretchensk iron, ...

Before the Great War, opposition to Nicolas II already intervened with Georges Clémenceau to warn the French government against the risk of non-reimbursement.

In 1904, the Russo-Japanese war caused panic. But the banks, which find their interest there, are reassuring. Savers then "take over" for 400 million Russian treasury bills.

In 1914, 1.6 million porters lent 12 billion gold francs to an empire on the brink. France has become the first creditor of Russia.

The October Revolution of 1917 shatters the dream and opens up a long-lasting expectation. On October 25, 1917, the Bolsheviks triumph in Moscow. On November 7, the last coupons are paid in France. Two months later, Lenin decides to no longer recognize the debts of the old regime!

In 1921, Lenin offered to Westerners to cooperate in the reconstruction of the Soviet economy against the payment of loans. In 1927, the Soviets proposed to settle a quarter of the French debt in exchange for the opening of a trade credit. But this proposal concerns only the carriers, neglecting the banks and the State, and is met with the refusal of Raymond Poincarré.

Whenever a head of state from the former Soviet Union visits Paris, or when a French representative travels to Moscow, speculative spurts will reappear. In 1990, Mikhail Gorbachev announced that he was going to seriously study the settlement of imperial loans, without however specifying the calendar and the terms.

The Franco-Russian Treaty of February 7, 1992 was signed by the Russian Federation in order to put an end to the wait for 400,000 French holders of Russian bonds, heirs of 1.6 million patriots, ruined on January 14, 1918. Russia claims to have the means and the intention to honor its debts, if only by mobilizing the 532 billion francs of Czarist assets, scattered in banks around the world and of which Russia claims ownership. AFPER (French Association of Russian Loan Holders) then estimated the amount owed to the French community at 1,000 billion francs, including 160 billion for the holders.

But for a long time, the Russian loan will remain halfway between financial hope and the object of collection. In 1995, the first French presidential election since the dismantling of the USSR gave an opportunity to relaunch the debate on the reimbursement of holders of French Russian securities. At that time, the French were the only Europeans, along with the Belgians and the Dutch, not to have been reimbursed.

It was not until 1997 that an agreement was signed between Russia and the French Government for the compensation of small savers. The actions must then be listed in order to determine the distribution of the sums to be paid.

The case of Russian loans in Great Britain

In July 1987, the Soviet authorities compensated 3677 holders of securities issued by Russian companies before November 7, 1917. The capital of Imperial Russia, frozen for more than seventy years in the coffers of the bank Baring Brothers and Co. Ltd. in London were put to use. In July 1987, the security was traded at 54% of its nominal value, symbolic redemption.