The shenanigans of Albert Oustric

How Albert Oustric founded an empire and brought down politicians by making banking speculation his specialty.

Albert Oustric, born in 1887, is in turn a race boy, wine representative, amateur singer in a few breweries, before calling himself banker in 1919. He set up with two partners the company Force et Lumière des Pyrénées. 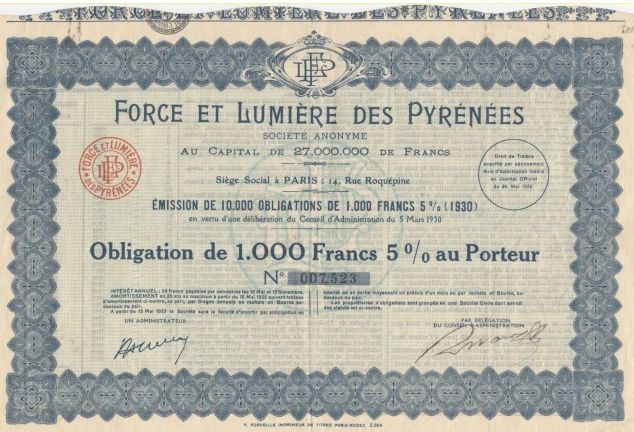 He opened an office on rue Auber in Paris, where he worked as manager of a bank, Banque Oustric, in limited partnership with a capital of one million francs, of which only a quarter was paid. Oustric is a smart man. He strongly helps the beautiful careers of Union-Vie, the Blanchisseries de Thaon, and even Peugeot.

Until 1925, under cover of his bank, Oustric established many relationships with politicians. His relations enabled him to obtain the agreement of the Ministry of Finance and the Ministry of Foreign Affairs to list on the Paris Stock Exchange the securities of an Italian artificial silk company: Snia Viscosa. 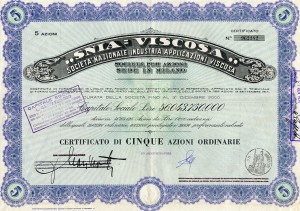 This personal success earned him a comfortable reward from the interested Italian banker, but above all a flattering reputation in business circles. Therefore, very much in demand, he agrees to take an interest in companies in difficulty advancing them large sums in return for the shares of said companies, preferably plural voting shares. This allows him to take control of these companies and to place men on the boards of his devotion.

Then he deposits the securities as collateral with the Banque de France, which grants him advances as a discount. With this liquidity, he took control of new businesses: such as Banque Adam, the Erlich, Dressoir, Binet, Fayard, Incroyable shoes, Ciments Portland Artificiels de Couzon... 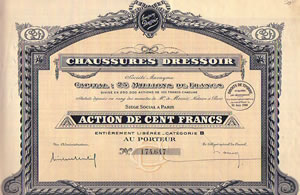 He also carries out capital increases by issuing easily placed shares. Through this he created more or less ghostly companies, financing each other, and intended to support each other in the event of difficulties: the French holding company Holfra, l'Extension de l'Industrie Française... 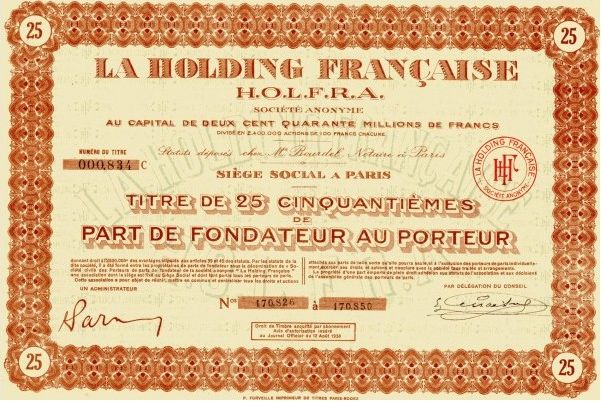 In October 1917, the Stock Exchange caused a first alert on the securities of companies sponsored by the Oustric Bank, then on the 30th of the same month the listing was suspended. A few days later Bank Oustric files for bankruptcy and cascading Bank Adam and all the satellite companies. 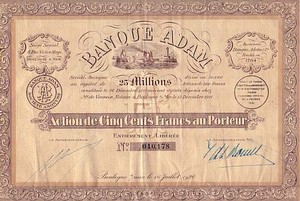 A complaint is filed and Oustric imprisoned. Oustric was in reality no more and no less guilty than so many other speculators who had acted like him, with the same procedures during the period of financial euphoria of the post-war period. But Oustric was able to make many dupes and compromise many people, even succeeding in corrupting the Keeper of the Seals of the Tardieu cabinet, Raoul Péret, who hampered the action of justice.

The revelation of relations between Oustric and Raoul Péret even led to the fall of the Tardieu government on December 4, 1930. Oustric was sentenced on January 5, 1932 to 18 months in prison and a 3000F fine for irregularities in the operations carried out on the securities of the houses of shoes, while the latter leaves a lost of 1.5 billion francs.