The dematerialization of shares and bonds 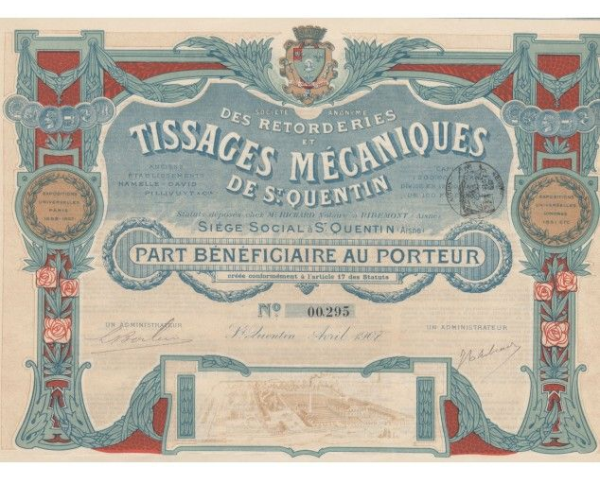 The dematerialization of shares and bonds was effective in France in 1984.

At the end of the 1960s, the idea of ​​dematerializing bond and share certificates took shape in order to achieve banking savings. This is accelerated by the creation of the Fortune Tax (ISF) created by the finance law of 1982 after the election of François Mitterrand. To tax household wealth, the state must first identify it!

On May 2, 1984, the Official Journal published the decree transforming the French bonds regime by dematerializing certificates. The dematerialization of shares and bonds, recommended by the report of the Perugia Commission, was effective in France from November 5, 1984. All the bonds issued on French territory and subject to French law therefore cease to be the subject, for their circulation, of physical representation by printed certificates.

The bonds are then compulsorily registered in an account by the issuing companies or an authorized financial intermediary ... and therefore become more traceable. These documents are replaced by simple lines in the books of banks on securities accounts.

SICOVAM (Société Interprofessionnelle pour la Compensation des Valeurs Mobilières), created in 1949 and later renamed Euroclear, ensured bonds clearing. 92% of French shares were already in custody with a financial institution. For bonds, this percentage was of the order of 75 to 80. On March 31, 1983, SICOVAM was responsible for the custody of 1.51 billion certificates, including 1.2 billion French securities and 0.3 billion foreign securities. The dematerialization was then to relate only to the destruction of approximately 500 million bonds. Shareholders were granted five years to complete the exchange.

In 1988, the deadline for the submission of paper titles, less than 1% were missing. 2,500 tonnes of paper are burned in two huge ovens in Issy-les-Moulineaux and Saint-Ouen. Among all the bonds that have not been presented, where have they gone? Forgotten in the attics, voluntarily kept by shareholders who would not have trusted IT? Still, companies have also found themselves with partly "dematerialized" capital.

At the expiration of the allotted time, the banks sold by auction the rights associated with the non-traded securities. The proceeds of the sale were entrusted to the Caisse des Dépôts et des Consignations (CDC) for 30 years, a retention period during which its role was to return the money to any holders who came forward. More than 825 million francs in shares were waiting at the CDC. The amounts reimbursed each year were small. In 2015, the entire sum then went to the State.

Most stock exchanges around the world, such as Nyse-Euronext, have now resorted to electronic listing.

The certificates that can be found today in shops or on flea markets are rarely of value in the eyes of the State, since most of the time they are companies that went bankrupt long before 1982. Some certificates are also stamped with the "canceled" stamp or are punched, a sign that they have already been exchanged or refunded. But they remain the witnesses of the economic history of France and its regions.