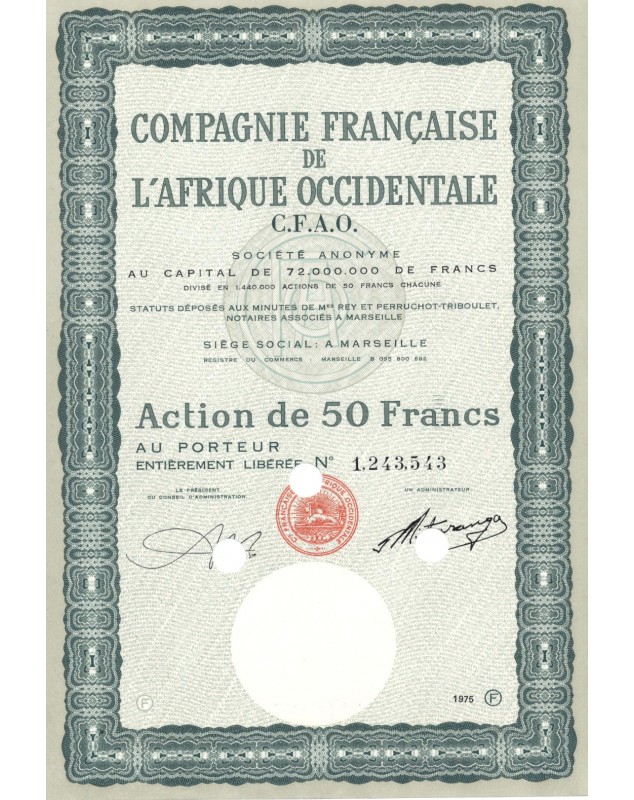 The company created in 1887 by Charles-Auguste Verminck (1827-1911) was originally specialized in the trade of food products and everyday consumption.

Verminck was an important industrialist, shipowner and merchant from Marseille at the head of the peanut sector. Founder of the Verminck Establishments, established in Ivory Coast, Sierra Leone and Senegal and specialize in the trade of cocoa, peanuts, soap, rubber, he then created the Company of Senegal & West Coast from Africa.

From 1913, CFAO turned towards automobile distribution and industrial production in Africa and became the first Ford dealership to distribute the famous Ford T in Africa.

Its main competitor was then the Société Commerciale de l'Ouest d'Afrique (SCOA) which was acquired in 1996 by CFAO, itself previously acquired by the French company Pinault.

Today the CFAO group manages 18 production sites on the African continent and is established in 38 African countries, in 7 overseas departments and communities as well as in Myanmar and Vietnam.