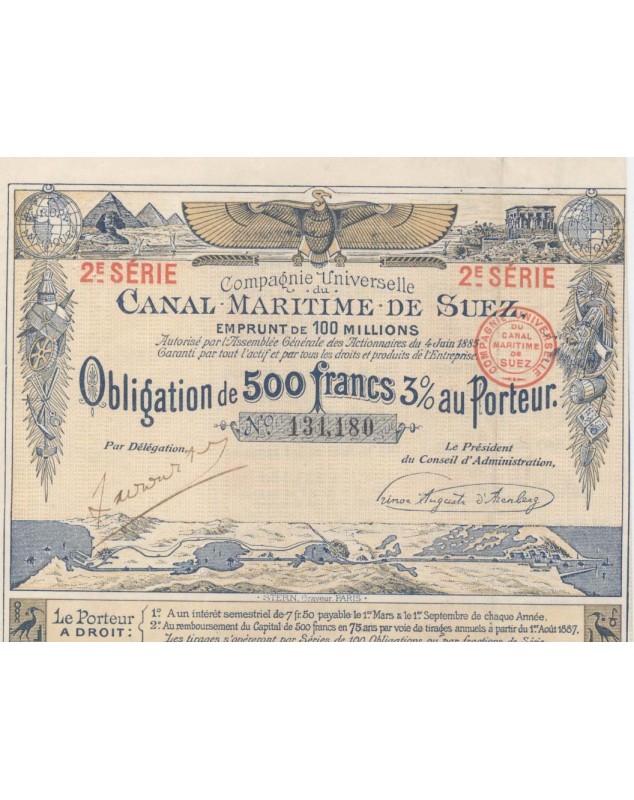 Document signed by Prince Auguste d'Arenberg (1837-1924), French businessman and politician, from a family of German origin (who was administrator of the Compagnie des mines d'Anzin, then President of the Universal Suez Canal Company (1896-1913), then member of the Institut de France (Academy of Fine Arts), in the chair of the Duke of Aumale and Vice-President of the Jockey-Club).