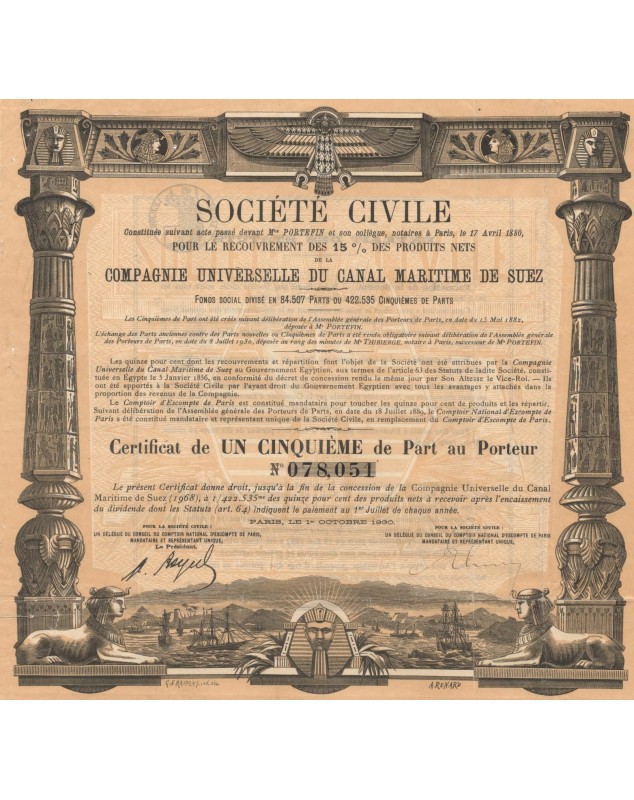 Company created to collect 15% of the Cie Universelle du Canal products, ruling that old shares had to be exchanged for new shares (1/5 shares).

Excellent condition except for folds due to its large size : 40cm/40cm with the coupons. Needle holes.