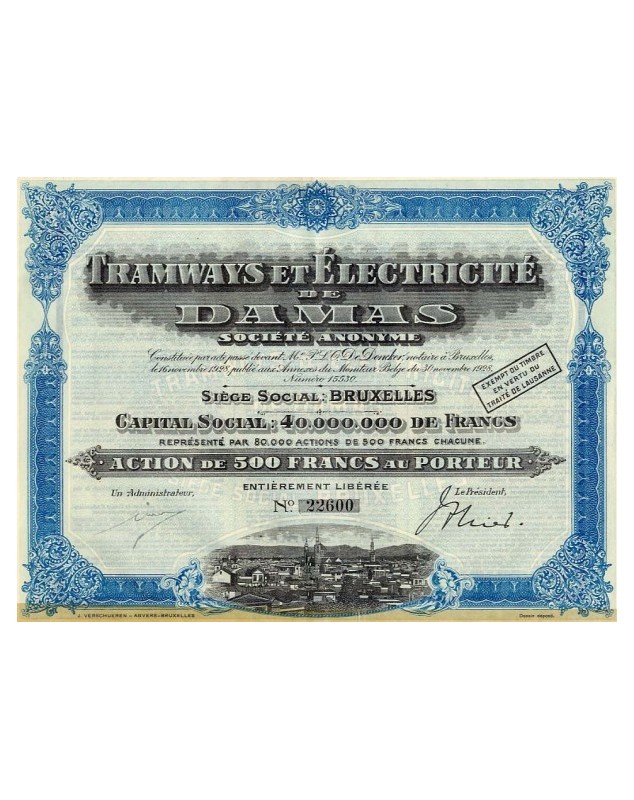 Original title issued in Brussels in 1928, where the company's head office was located.

Formerly the Imperial Ottoman Company of Tramways and Electric Lighting of Damas (1904-1928).

An electricity production plant had been opened in Damas in 1907. The work program of this company included the construction of a new hydroelectric plant in Téquieh to contribute to the lighting distribution network for the districts of Damascus far from the center.

It also developed tram lines, including a line connecting Damas to Douma.

1944 marks the independence of the country and the assets of the company are sequestered. The company was nationalized in 1951, with a payment from Syria to Belgium which allowed it to reimburse its shareholders.

Illustrated with a vignette of the city.

9 other products in the same category: