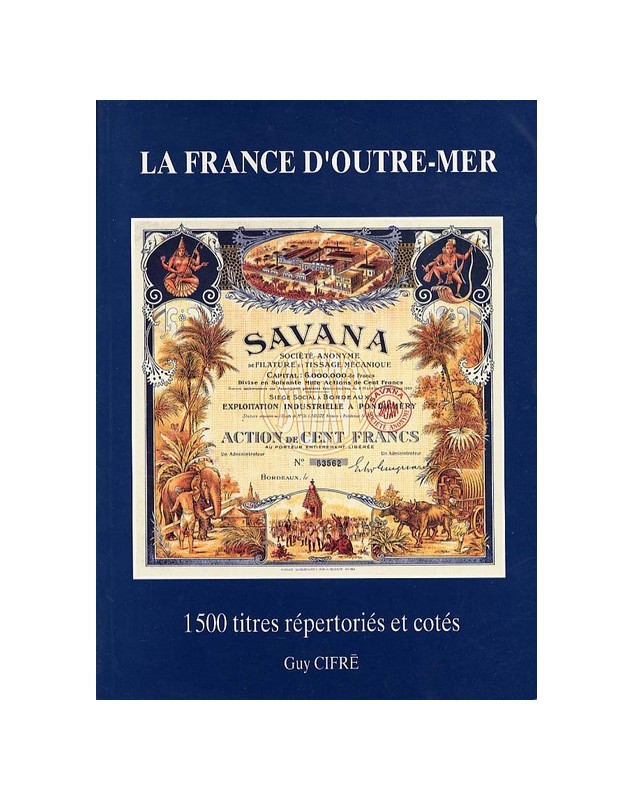 Reference Book of the bonds and shares of the French Colonial Empire.

This reference book "France of Overseas", written by Guy Cifré, founder of NUMISTORIA, lists nearly 1500 old bonds and shares from the former French Colonial Empire. It is the only book ever published about French colonies and overseas territories.