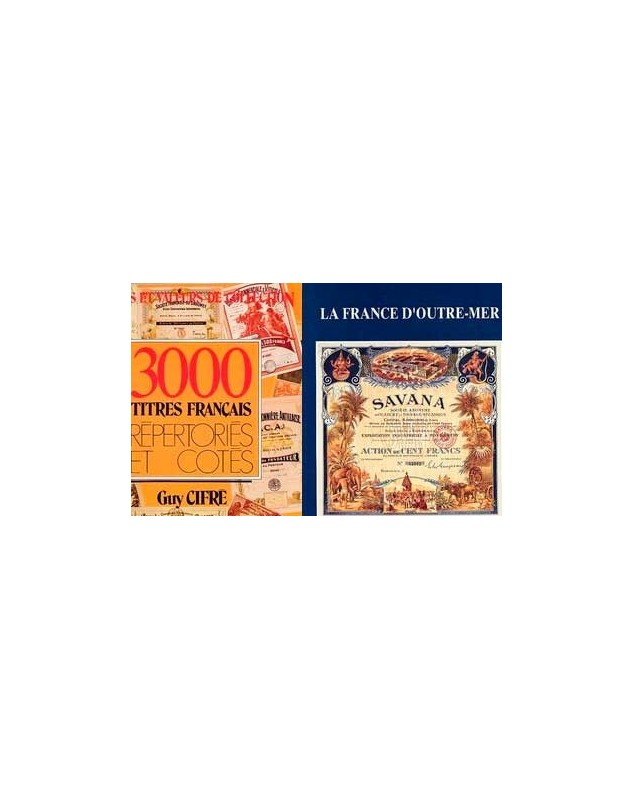 2 reference books to understand scripophily and start a collection.

This 260 pages-book written by Guy Cifré, founder of NUMISTORIA, features more than 300 photos allowing even the non-french-fluent collector to use the volume.

Listings offer a description of the certificates, date of issue and price (in French francs), while many listings also include informations on the number of certificates printed.

This reference book, written by Guy Cifré, founder of NUMISTORIA, lists nearly 1500 titles from the former French Colonial Empire. It is the only book ever published about French colonies and overseas territories.