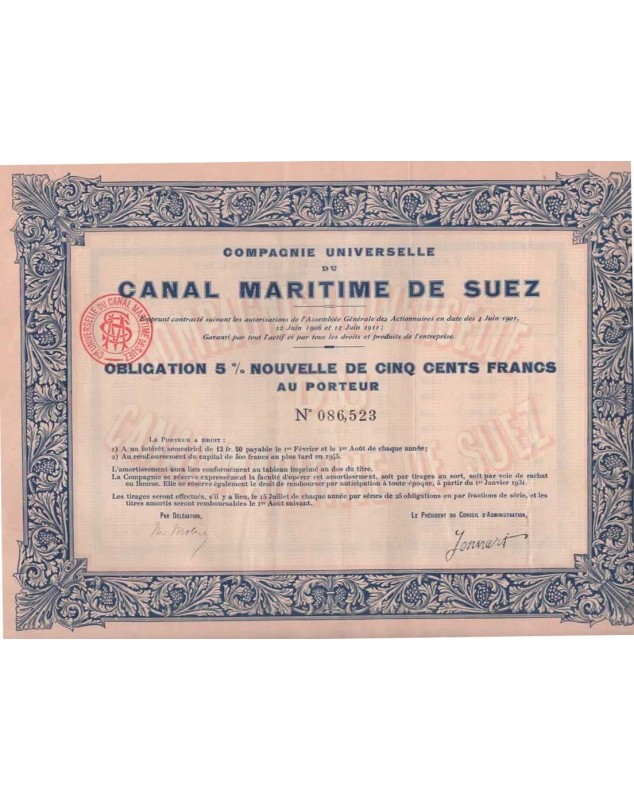 With 14 coupons. Amortization table on the back of the document.

Document signed by Charles Jonnart (1857-1927), French parliamentary politician, local elected representative and businessman as administrator and president of the Compagnie de Suez, taking over from Arenberg, both great figures of the "colonial party". Jonnart will be appointed to the General Government of Algeria.

The Société d'Etude pour le Canal de Suez was already created in 1846 by Arlès-Dufour. Ferdinand de Lesseps retrieves the technical file. The Viceroy of Egypt, Mohammed Saïd, agreed to help him carry out his project and granted him by deeds of November 30, 1854 and January 5, 1856 the concession for the construction of the canal. This is granted for 99 years from the completion of the work.