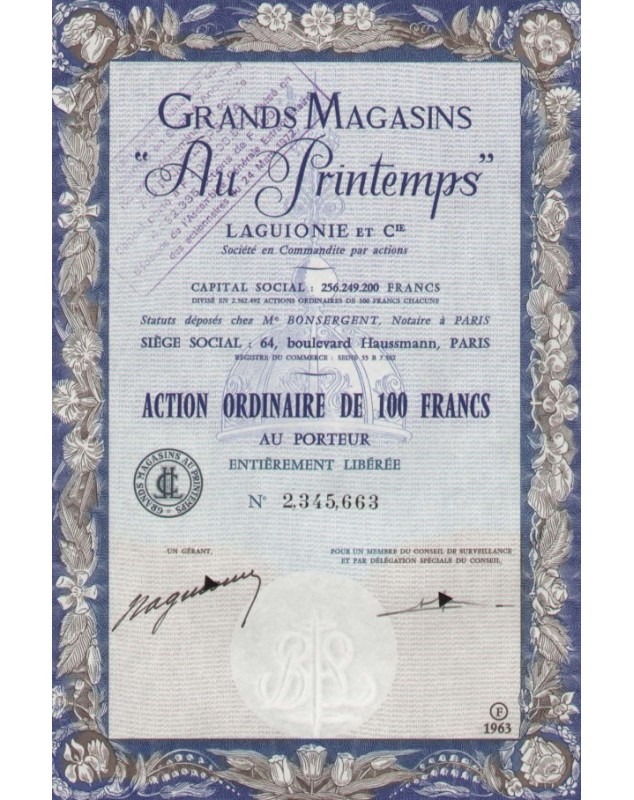 In 1904, Printemps suffered a serious economic crisis which led to the resignation of its founder Jules Jaluzot in 1905.

Gustave Laguionie then succeeded him and opened a second store, the current Printemps Haussmann (Printemps de la Mode) store, located in Paris on boulevard Haussmann. In 1920, on the death of Gustave Laguionie, his son Pierre took over as head of Printemps.

In September 1921, an electrical short-circuit in an elevator shaft caused a serious fire which destroyed almost the entire facade and the framework. Everything has to be rebuilt. Architect Georges Wybo is directing the reconstruction work, based on the same plans as the original. The store, and in particular the electrical system, was modernized on this occasion.

Design of the cupola in the background.