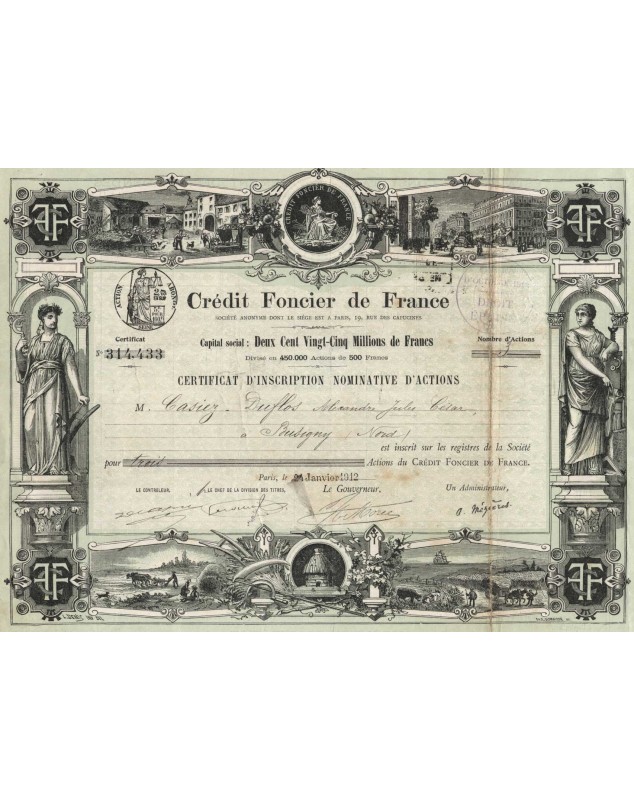 Limited company with an initial capital of 25 million francs founded in 1852 under the name of Banque Foncière de Paris by Xavier Branicki (1816-1879). The name became Crédit Foncier de France the same year. Louis Wolowski, a Polish naturalized Frenchman, was its general manager until 1854.

From 1858, Crédit Foncier de France granted loans on behalf of the State and, from 1860, allowed local authorities to be financed in the form of municipal bonds. The company thus participates in the constructions of Baron Haussmann. It will then finance schools. He later developed real estate loans and founded the Crédit Logement surety company.

The company is then bought by the Caisse d'Epargne group. From February 2019, the Crédit Foncier no longer distributes loans and the brand disappears.