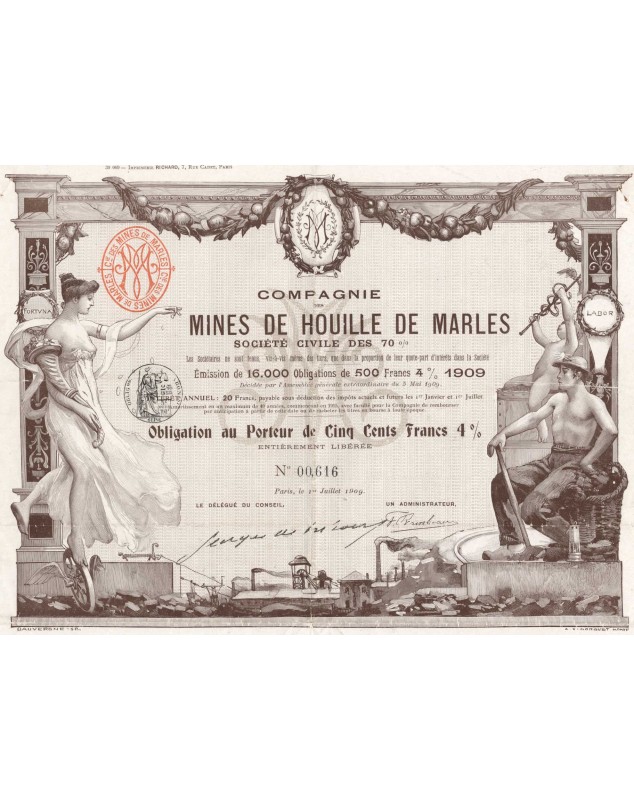 Certificate signed by Firmin Rainbeaux, industrialist, who on the death of his father, son of Emile Rainbeaux in 1861, took over the management of the Compagnie des Mines de Marles and continued his father's work.

Magnificent and rare certificate decorated by Dauvergne and Gorguet with allegorical illustrations evoking fortune and work.