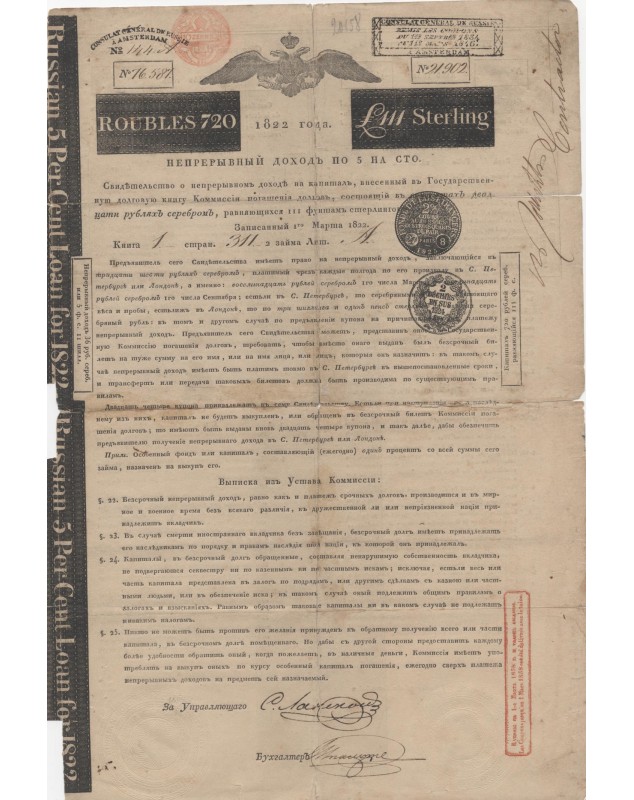 5% Bond of 720 Rubles issued in Saint-Petersburg in 1822. This loan is one of the oldest Russian loan.

With original handwritten signature of Nathan de Rothschild vertically at the top right of the loan.

This is one of the oldest Russian loan. After consolidating his position as banker of the German Princes, Samuel Rothschild sent his five sons to create branches throughout Europe.

Nathan de Rothschild (1777-1836), former textile merchant, opened London in 1798. He financed both the English expedition against France and the Russian Empire, as shown by this 5% obligation.

The year 1822, when Nathan Rothschild signed this annuity, was a special year for the Rothschild brothers: they were all made Barons by the Emperor of Austria. Only Nathan will ask that we continue to call him Mr. Rothschild.