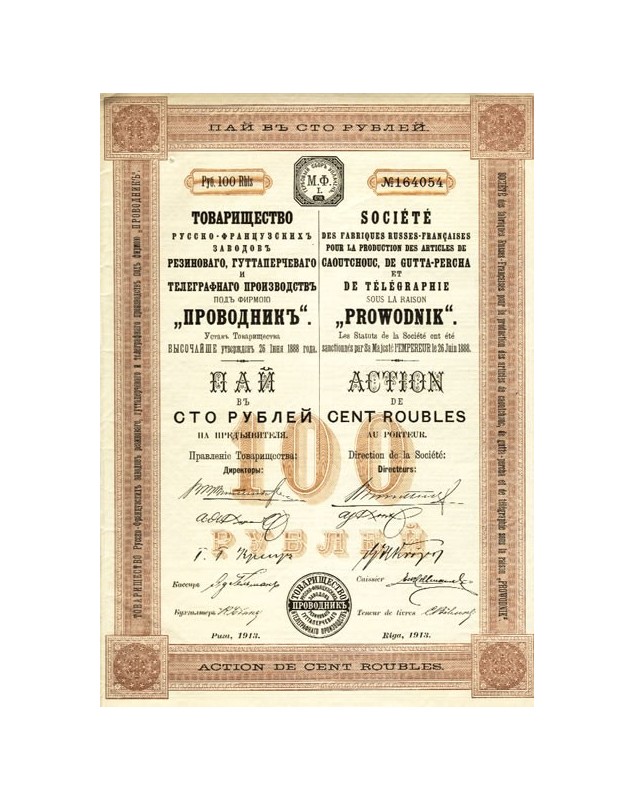 The company, founded in 1888, had its premises at 4 rue Berryer in Paris. It had factories manufacturing tires (pneumatic tire) in Riga.

It was before the First World War one of the world's largest producers of rubber. Raw materials were imported and 95% of the production was sold on Russian territory. One of the models sold was the "Columbus" tire.

During the First World War the factory was transferred to Moscow, from where it was expropriated in 1921 to return to Riga. However, the company failed to regain its pre-war economic level and was liquidated in the late 1930s.