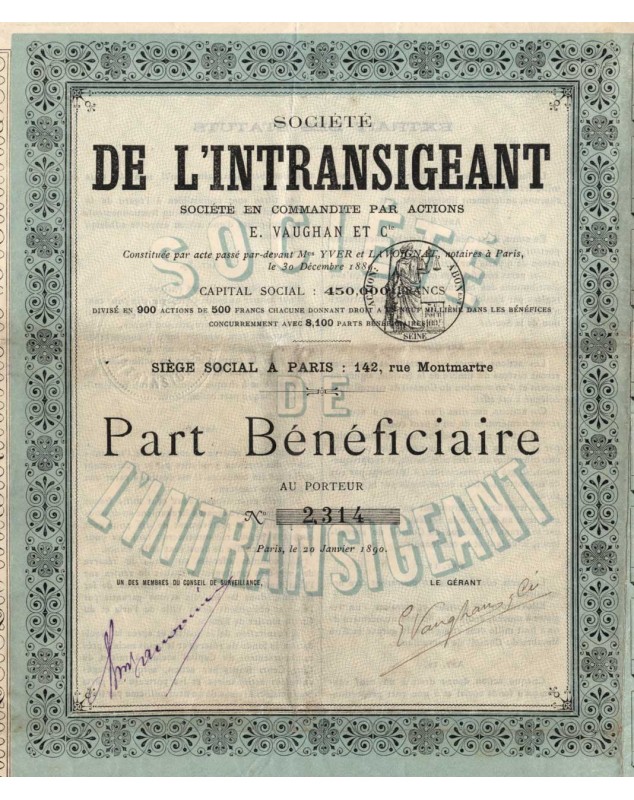 The newspaper L'Intransigeant, founded by Eugène Mayer (director of La Lanterne) appeared from 1880 to 1948. The sports supplement will be bought in 1938 by Prouvost to integrate the newspaper Match, which will later become Paris-Match.

Excerpt from the statutes on the back.

VF condition: stain and fold at the coupons