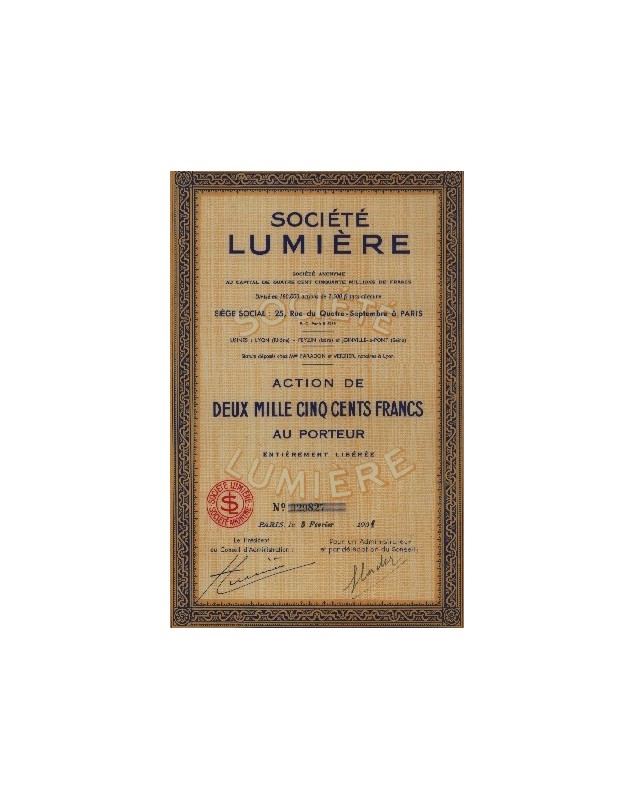 It was an important company in the French global photography industry.

It was founded in 1884 in Lyon and managed successively by Antoine Lumière, his sons Auguste and Louis Lumière (the Lumière brothers), his grandson Henri Lumière, and subsequently his heirs.

In 1928, the company was renamed Société Lumière and until 1970 produced sensitive surfaces and chemicals for photocomposition and medical radiography.