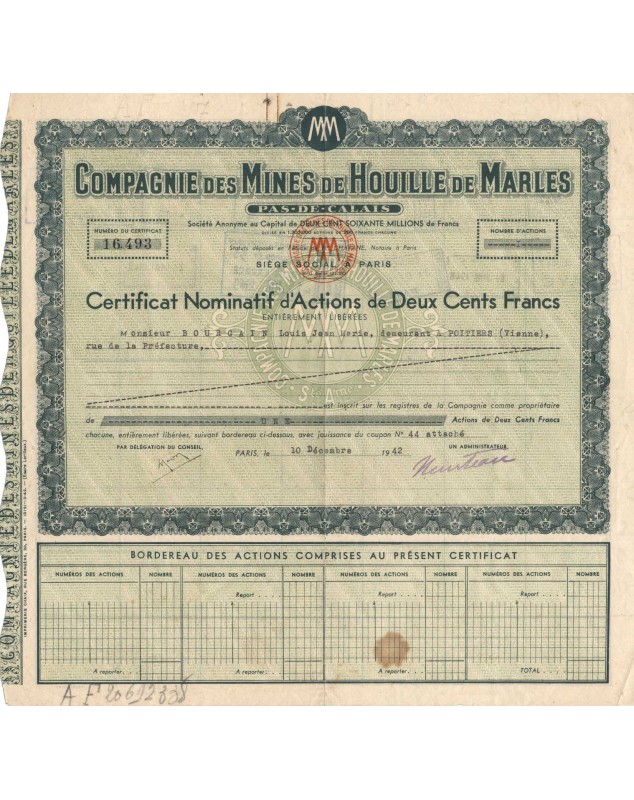 Registered share certificate of 200 francs issued in Paris in 1942 by the Coal Mines Company of Marles.

On the death of his father, Firmin Rainbeaux took over the business.