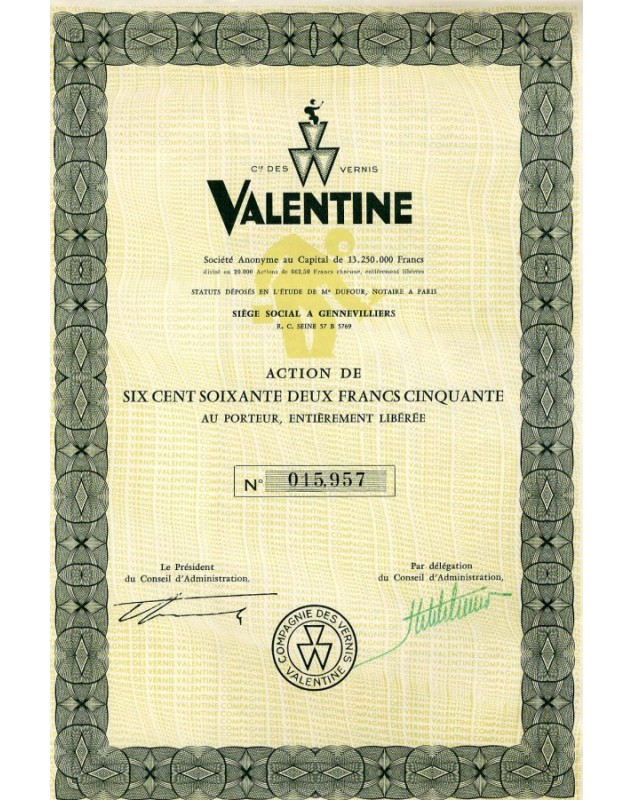 The Valentine brand was born in the United States in the 18th century, named after an American of French origin.

The company then specialized in painting for horse-drawn carriages. Compagnie des Vernis Valentine was created in 1925 from the merger of Société Valentine and Cie Incorporated and Établissements Lemoine and supplied paints and varnishes for brands such as Citroën, Berliet and Saviem.

The company moved to Gennevilliers near Paris in 1926. In the 1930s, the company entered the decorative paint market.

In 1975, the company became a subsidiary of the Nobel Bozel group, then AkzoNobel in 2008. One of the founders of Valentine is none other than the chemist Eugène Schueller who founded L'Oréal.