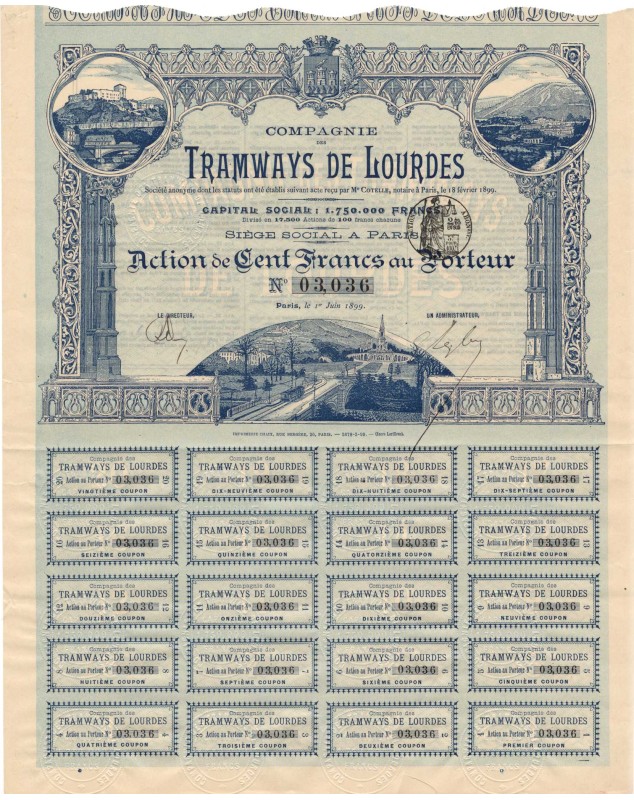 Beautiful design: illustrated with the coat of arms of Lourdes, its fortified castle (now the Pyrenean Museum of Lourdes) and the Basilique du Rosaire (Basilica of the Rosary).

Company founded in 1899 by a Parisian investor, Mr. Maisonnabe. A subsidiary of the Société Française de Tramways Electriques et de Chemins de Fer, the company had its headquarters at 2 rue de la Bienfaisance in Paris, then avenue Saint-Joseph in Lourdes.

The company was chaired by the Comte de Ségur-Lamoignon and directed by Pierre Arrachart, a former engineer of the Compagnie de Fives-Lille. The company operated four lines, three of which started from the station.

Unfortunately, the company was never profitable (as evidenced by the coupons on the share!). In deficit, the tramway was replaced in 1930 by a bus network. Excerpt from the statutes on the back of the title.