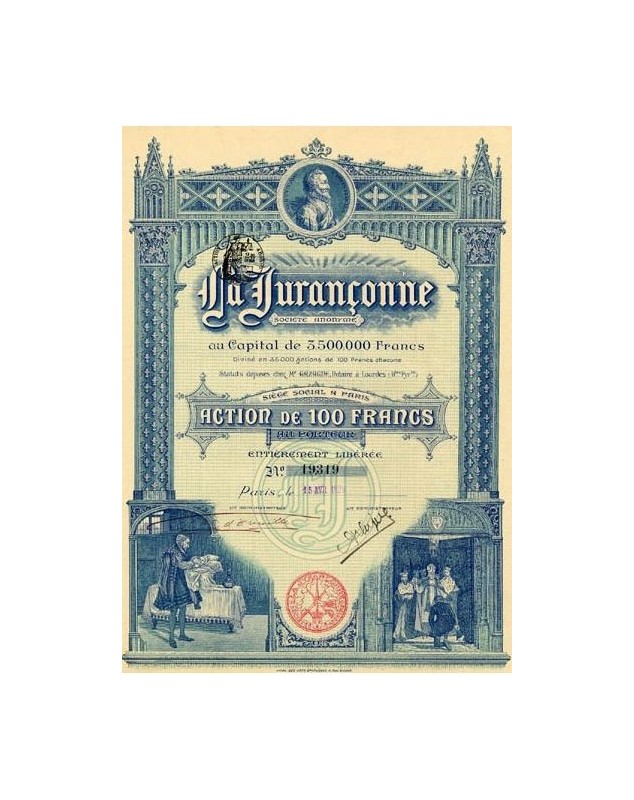 Statutes of the company deposited in Lourdes, under the patronage of Yves de Cathelineau, administrator (unrelated to the bishop of Tarbes who indicated that he had not given any authorization to exploit the religious image of Lourdes) .

Manufacture of a liquor called "Jurançonne" which claimed to be the liqueur of Lourdes. The tcertificates of Jurançonne appeared in a scandal even though the company was in great difficulty.

A financier named Georges Dubois placed 10,000 shares at a high price following the publication of a balance sheet which turned out to be false. He was sentenced to 18 months in prison and his accomplice Cathelineau suspended. Alexandre Stavisky was also involved in the fraud. He took advantage of this company to obtain new bank loans which he used to launch new businesses that were still as villainous as ever.

Really nice design with a vignette of the portrait of Henri IV.