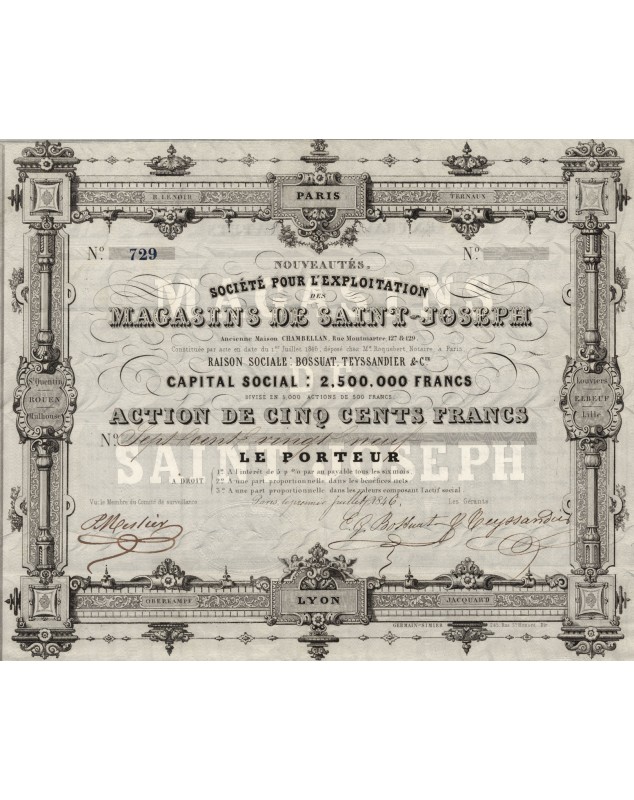 Serial number of the title written in full by hand (rare!).

Articles of association on the back of the title.