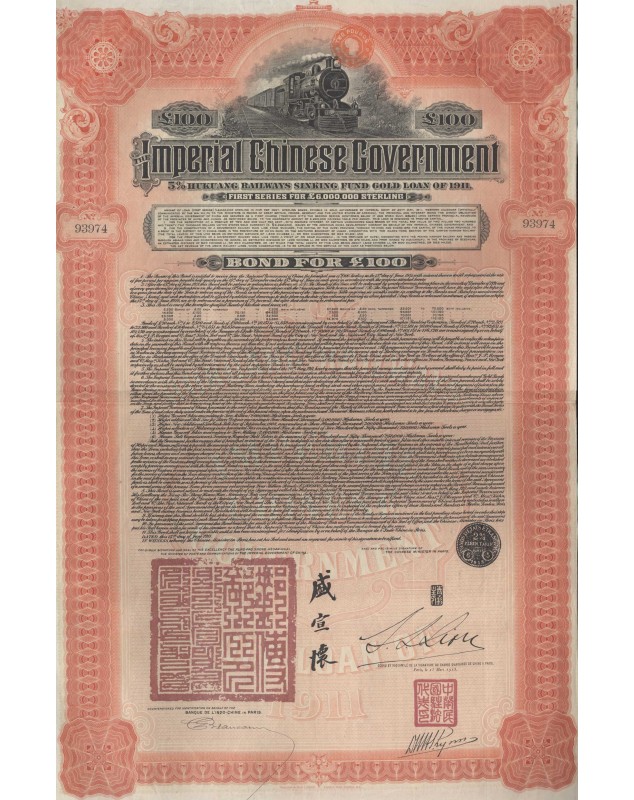 Countersigned by the Bank of Indo-China.

Original antique bond issued by the Imperial Chinese Government in 1911 (1st issue of £6,000,000 sterling for the Sinking Fund of the Hukuang Railays). It was one of the last loan of the Qing Dysnasty before the 1911 revolution.

Fac-simile signatures of the Chinese Minister in Paris, the Minister of Posts and Communications of the Imperial Government of China.

Countersigned by the Banque de l'Indo-Chine in Paris.