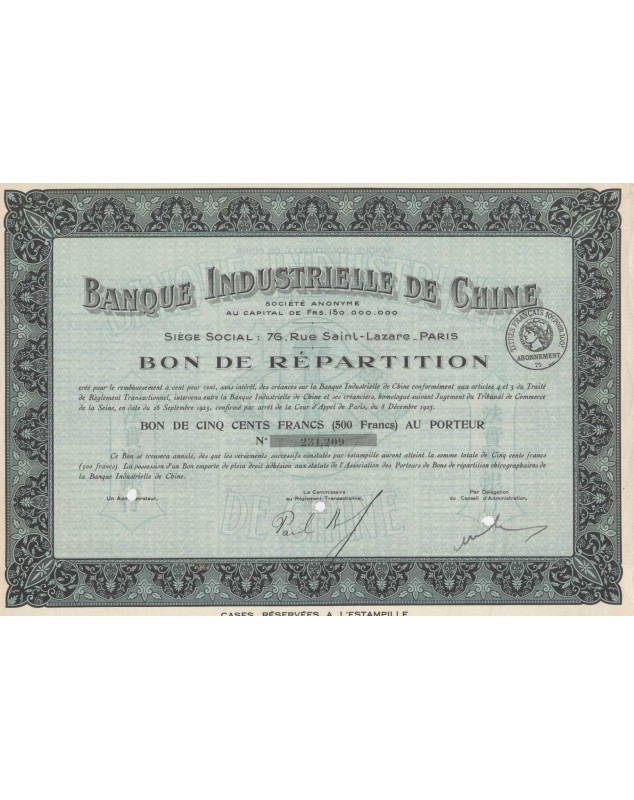 Statutes at the back. Cancelled with 3 holes.