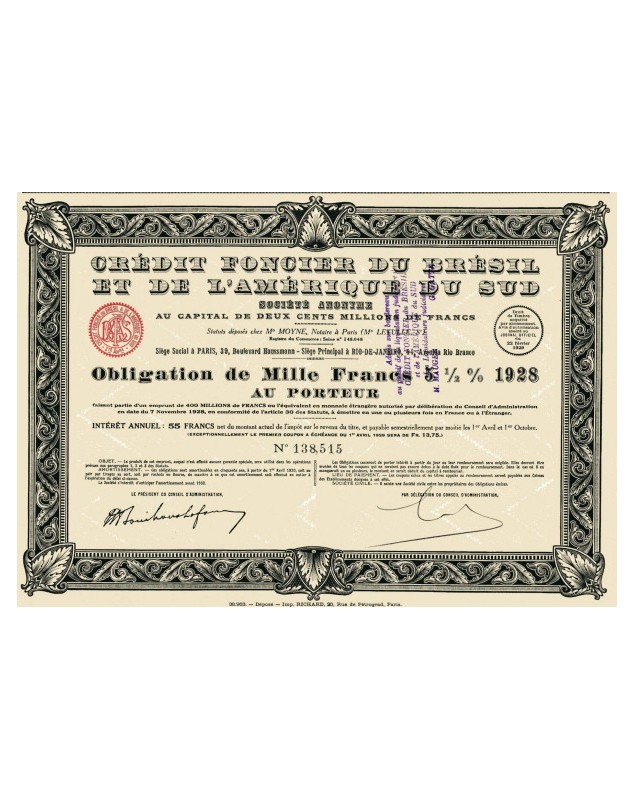 Facsimile signature of Bouilloux-Lafont, mayor of Étampes and general councilor of Seine-et-Oise, who created the Compagnie Générale Aéropostale in 1927.

Bond with many coupons.