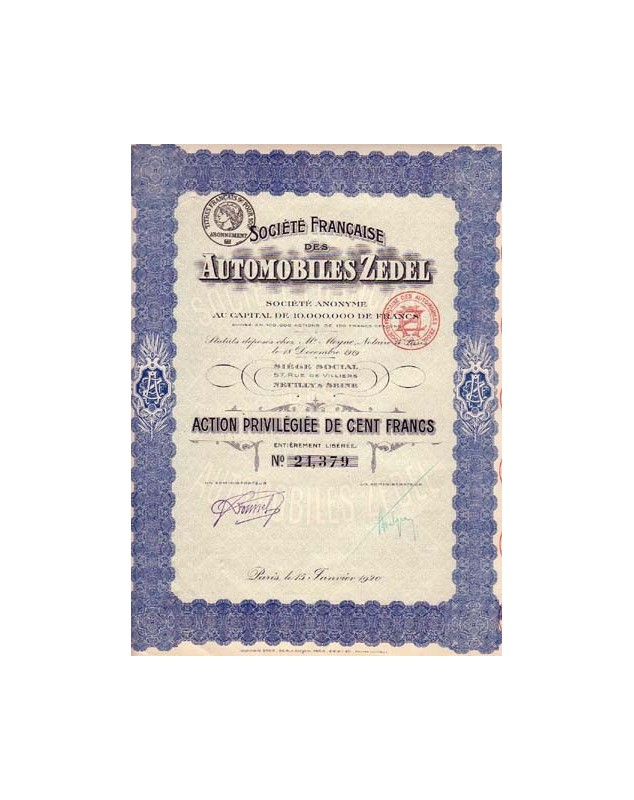 The Swiss Jérôme Donnet (owner of Automobiles Donnet) bought Automobiles Zédel after the First World War, a company created by Ernest Zürcher and Herman Luthi in Pontarlier, and changed the name of the company to "Donnet-Zédel".

Vehicles coming out of the new factory simply carry the Donnet brand. The obsolete Zédel factory in Pontarlier, whose machines were transferred to Nanterre, ceased operations in 1929. A wide range of car models were produced from the late 1920s through to the early 1930s.

The 1929 crisis plunged the company into serious financial difficulties, and production ceased definitively with the bankruptcy of the company in December 1934.

The Nanterre factory was bought by SIMCA in 1935.