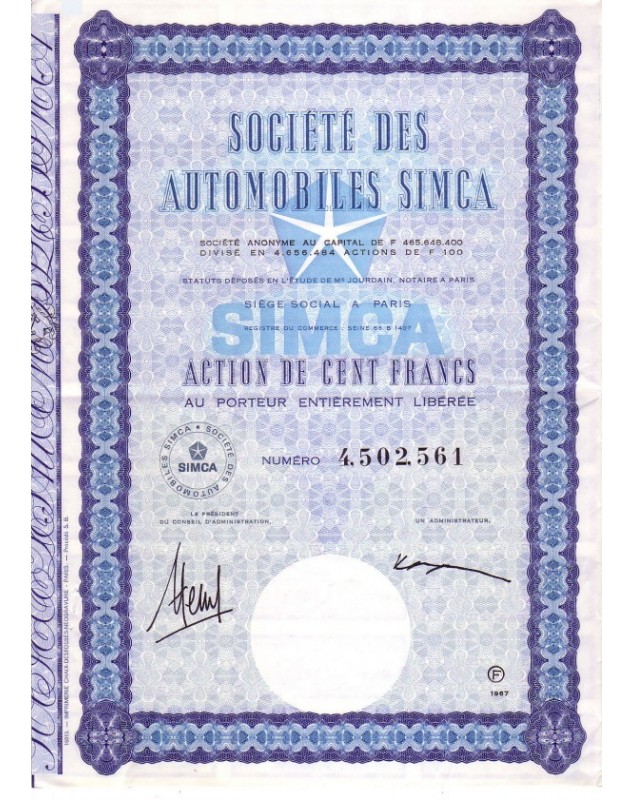 Famous automobile trademark, SIMCA (Société Industrielle de Mécanique et Carrosserie Automobile) was originally a Franco-Italian automobile firm, created by Fiat to build its vehicles in France under license, sold under the Simca-Fiat brand from 1935 to 1938 and then later, under the sole Simca brand.

This process allowed Fiat to sell its models on French territory without paying import taxes and customs duties, because Simca was a company based in France and at the time there was no free trade policy. exchange.

In 1935, the company bought the Nanterre car factory from the Donnet-Zedel company, which had itself bought the Vinot and Deguingand workshops at 59 avenue Georges Clémenceau in 1926.

The brand was taken over successively by Chrysler, then by Peugeot, which in 1980 renamed it Talbot (name of sports and luxury cars from the interwar period, bought by Simca in 1958 and disappeared in 1960).

The Simca brand is now part of the heritage of the PSA group (Stellantis).