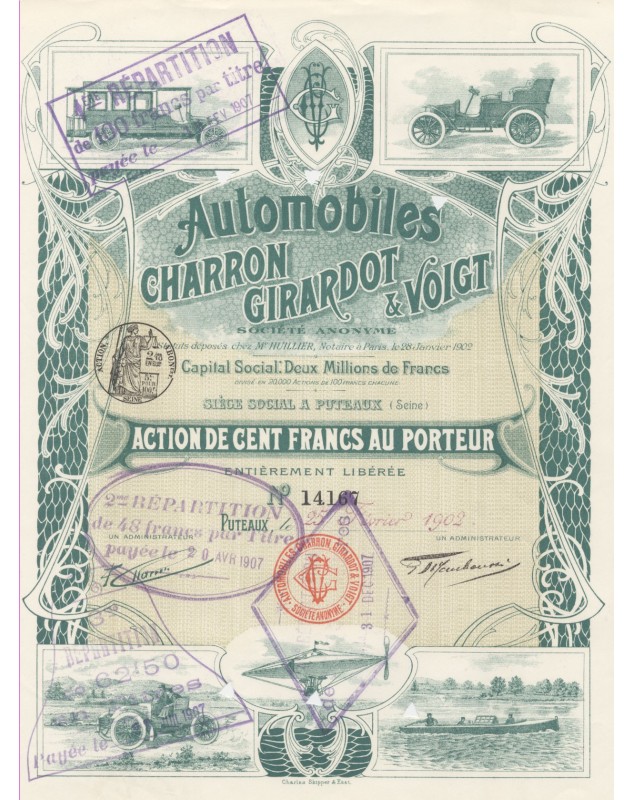 They opened one of the first French car dealerships in 1897, on Avenue de la Grande Armée in Paris and raced Panhard et Levassors in the major motoring events.

The company became Automobiles Charron in 1906 when both Léonce Girardot and Carl Voigt left, and it continued trading until 1930.