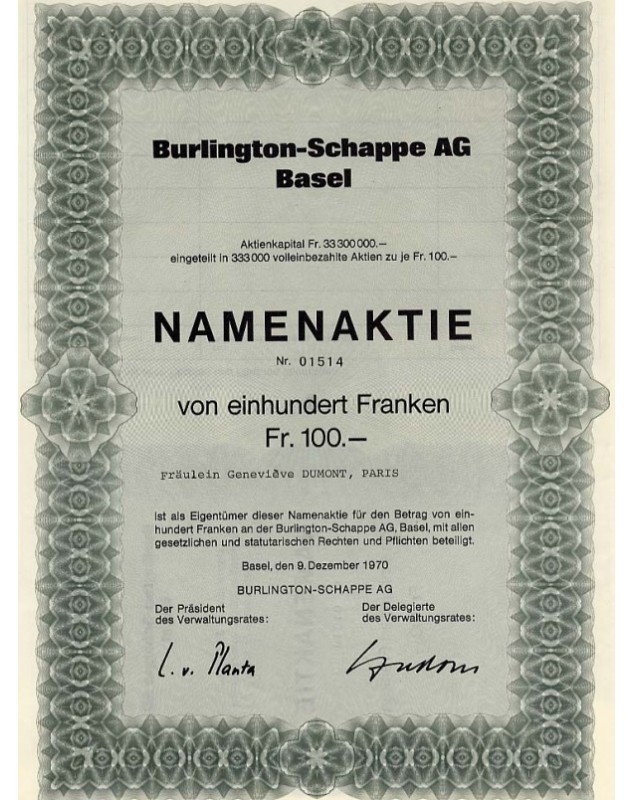 In 1824, Johann Siegmund Alioth founded in Basel the first Schappe spinning mill in continental Europe, which he transferred to Arlesheim in 1830.

By the merger of companies based in Grellingen and in France, the firm Chancel, Veillon, Alioth & Co. was born in 1873, with headquarters in Basel, whose liquidation due to the crisis gave birth in 1881 to the Industriegesellschaft für Schappe.

After experiencing great success in the 1920s and profiting for a brief period of economic conditions during and after World War II, the company began to decline with the switch to synthetic fibers.

In the 1960s, the Schappe AG holding, created in 1961, had to close the production units in Basel, Angenstein and France, as well as that of Grellingen in 1972.

The company was sold in 1967 to the American company Burlington, which continued production at the Arlesheim plant under the name of Burlington - Schappe AG until it closed in 1977.