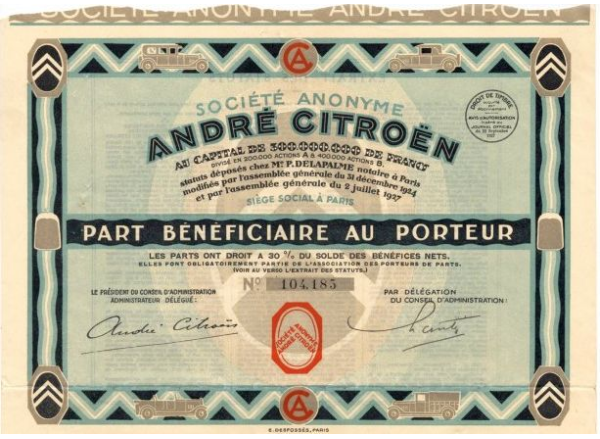 Discover the history of one of the most famous French car brands! 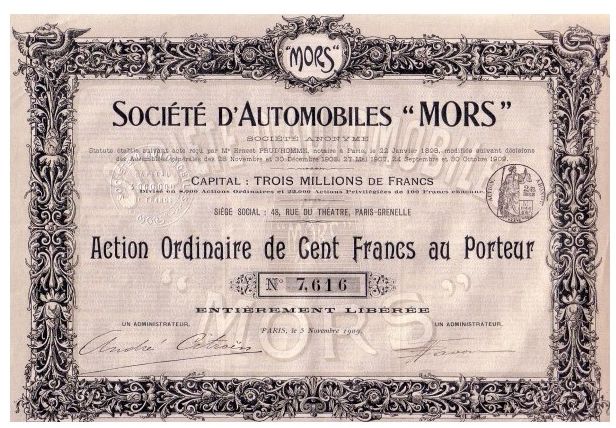 Most of the shares of the company are illustrated with the famous chevron, emblem of the brand, recalling the process of gears with V-cut teeth.

Some bonds also have the printed signature of André Citroën. 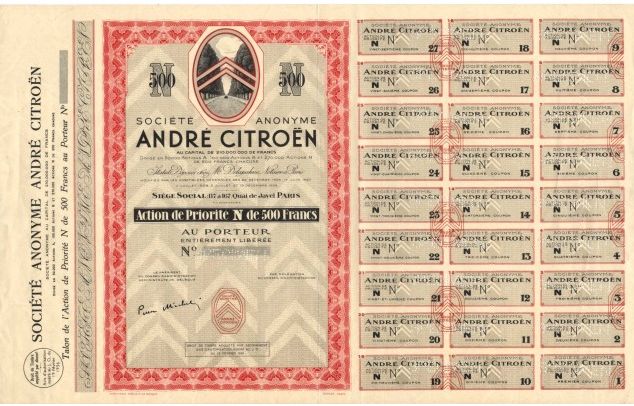 ➡️ Have a look at André Citroën old bonds and shares