How rare are the bonds?

In: How to estimate old bonds? 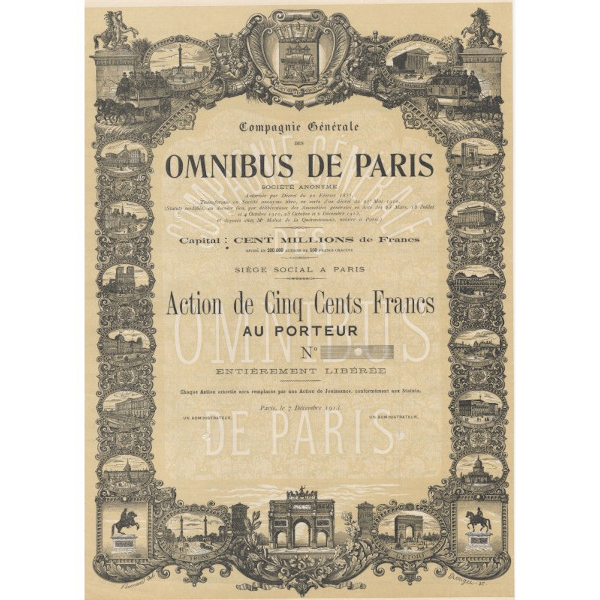 Scarcity remains the essential criterion of the value of an old stock certificate.

The famous loans or other bonds from Eastern countries are legion. Before the announcement of their reimbursement by the issuing states, these documents were not worth a franc piece and are acquired by weight.

The number of securities issued is, in principle, recorded on the document: "capital divided by x shares". The lower the circulation (less than 5000), the more the value increases!

It also depends on the number of copies in circulation on the market. A share can be rare, until hundreds of copies suddenly appear.

This is what happened, for example, to the "Omnibus de Paris", a beautiful share very decorated with numerous vignettes representing Paris. It was sold at one time almost 1000 French francs. A happy speculator flooded the market. Its rating collapsed. At 200 francs, it could no longer find a buyer anymore.