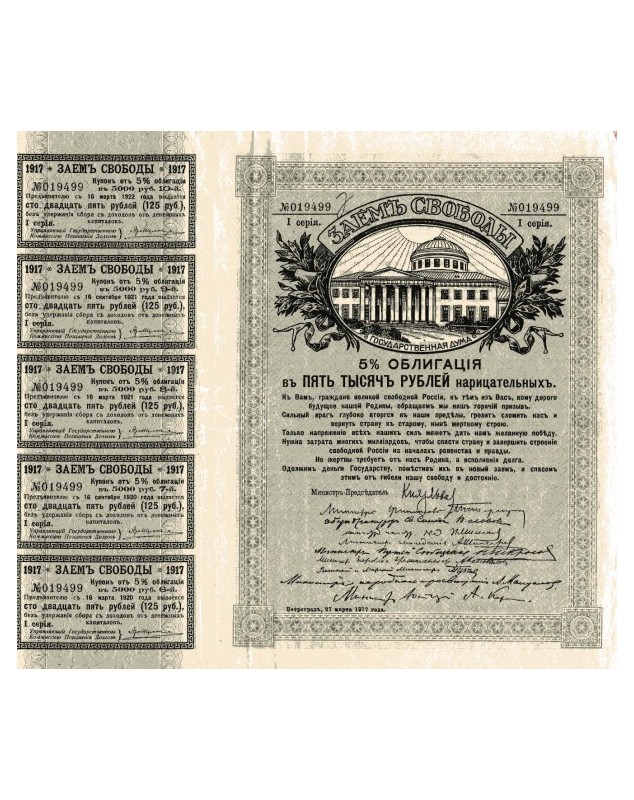 Rare certificate because of its high value (5000 Rbl).