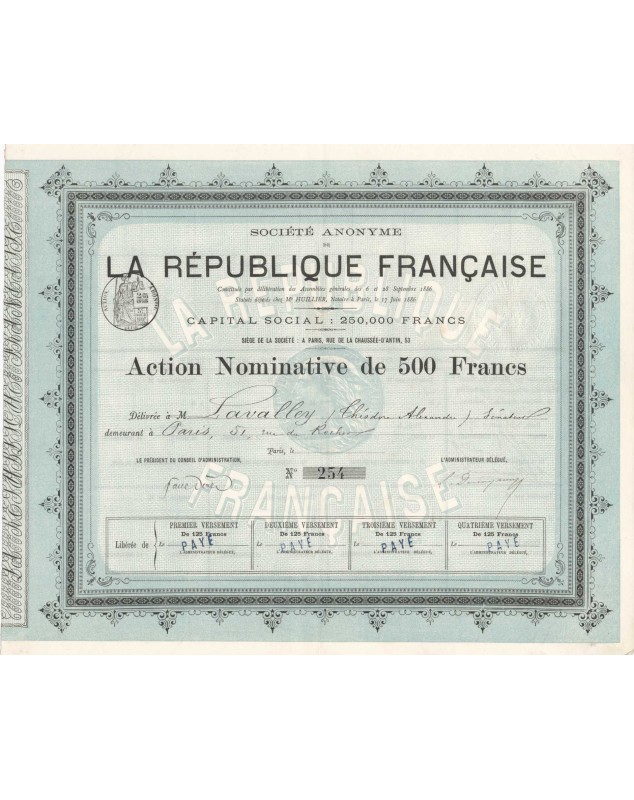 French daily newspaper, founded in 1871 by Léon Gambetta, with Eugène Spuller as editor-in-chief, and published until 1924.

Certificate issued to Alexandre-Théodore Lavalley (1821-1892), French engineer and politician domiciled at the Château de Bois-Tillard, near Pont-l'Évêque and in Paris, 51 rue du Rocher.