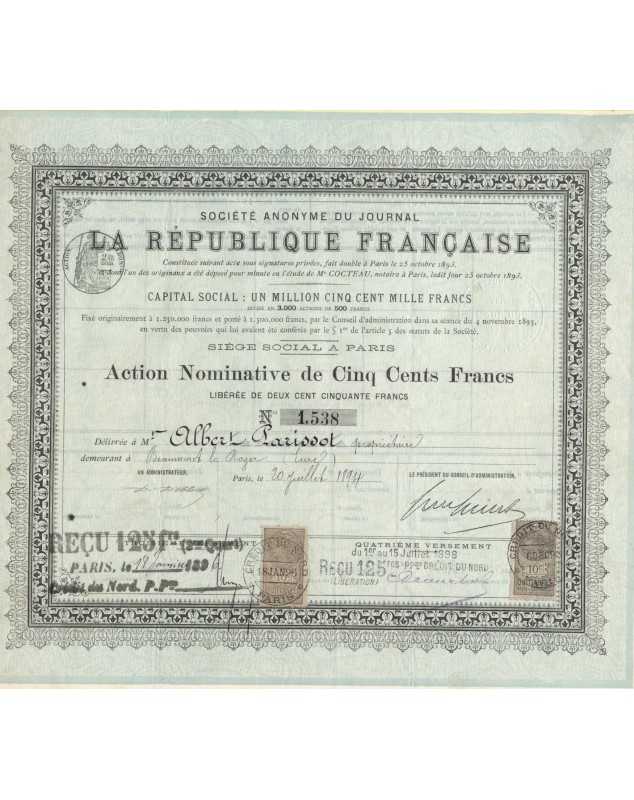 French daily newspaper, founded in 1871 by Léon Gambetta, with Eugène Spuller as editor-in-chief, and published until 1924.

Certificate issued to Albert Georges Parissot (1845-1911), French politician, senator of the Eure under the Third Republic. He was also a man of letters and a farm owner.