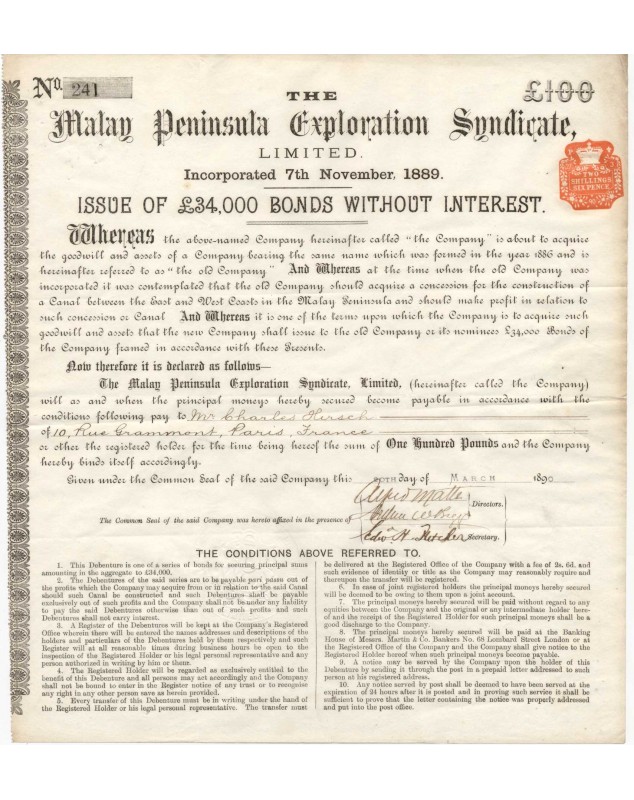 The original company was incorporated in 1886 and replaced by a new company of the same name in 1889.

The new company 'proposes to construct and manage public works of all kinds in the Malay Peninsula or elsewhere within 1500 miles of Singapore, and also to acquire, settle, improve and cultivate lands and to promote immigration.