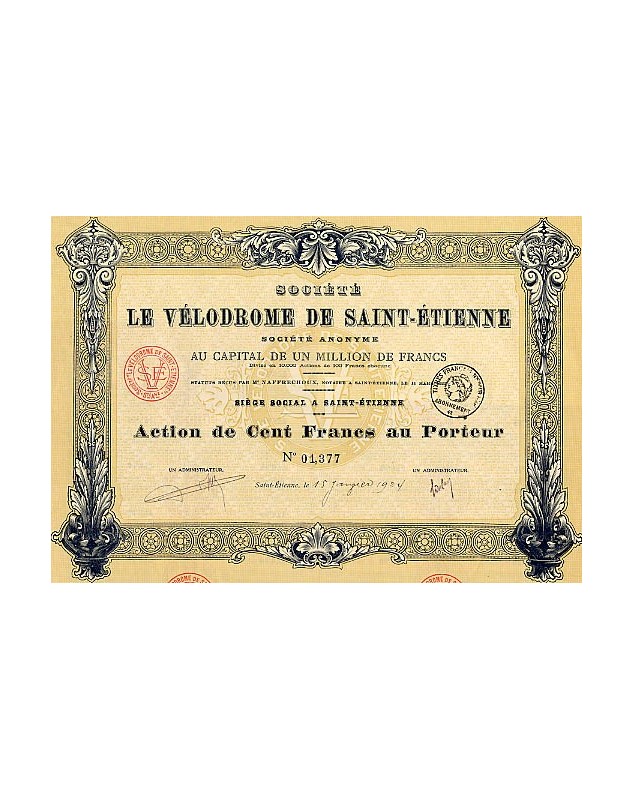 The project to build a velodrome was launched in 1924 on the initiative of Jean-François Boudet, Saint-Etienne being considered the capital of cycling.

The Vélodrome d'Hiver, with a capacity of 10,000 spectators, opened in 1925. From 1927 every week, a cycle week was organized, a show where manufacturers from the Loire exhibited their models. The Six Days of Saint-Etienne, a cycling competition was held there from 1928. The velodrome was also used for tennis, boxing and pétanque competitions, for various fairs, shows, banquets, political meetings, etc. In 1933 the Vélodrome was sold to the city of Saint-Etienne, which took over its management.

The Second World War and its bombardments left the site damaged. It was reconctsruit and opened again in 1949. The building was then sold to the Construction Radioélectrique et électrique du Centre (Center Radioelectric and Electric Construction Company (CRC). The velodrome was then demolished and a factory was built in 1964, employing 800 people.