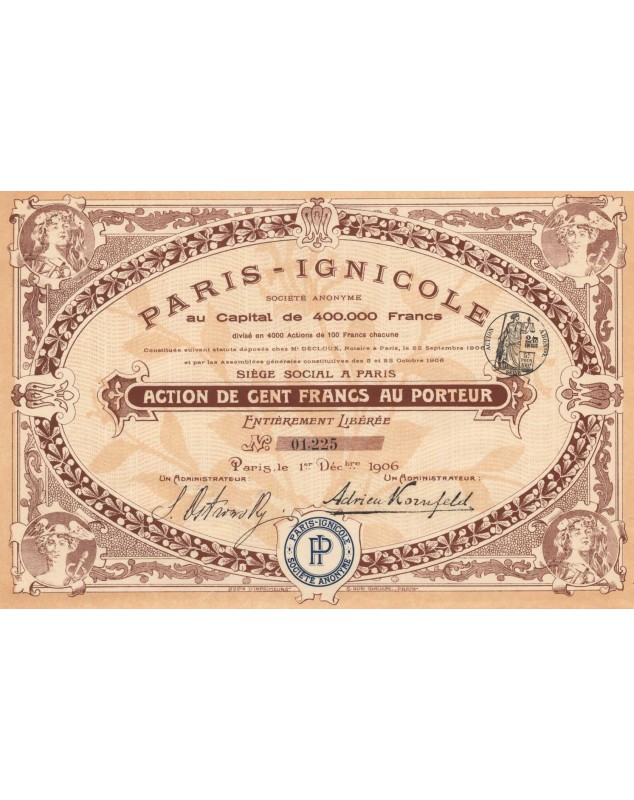 The company was founded in 1906 by Salomon Ostrowsky and his collaborators, Adrian Ignace Kornfeld and Blanche Kornfeld. We find the signature of Adrien Kornfeld on the right on the title and that of Ostrowsky on the left.

The company filed numerous patents relating to lighting systems. It manufactured incandescent burners for gas and gasoline, lamps, headlights and searchlights incandescent by petroleum for the marking of airfields and public works.

Its premises were located at 40 rue de l'Est in Boulogne sur Seine, then at 10 rue du Vieux Colombier in Paris, at 46 boulevard de Port-Royal and finally at 10 rue Madame, in Paris.

In 1936, the company changed its name to SAPPEL, Company of Electrical Applications. The company still exists.