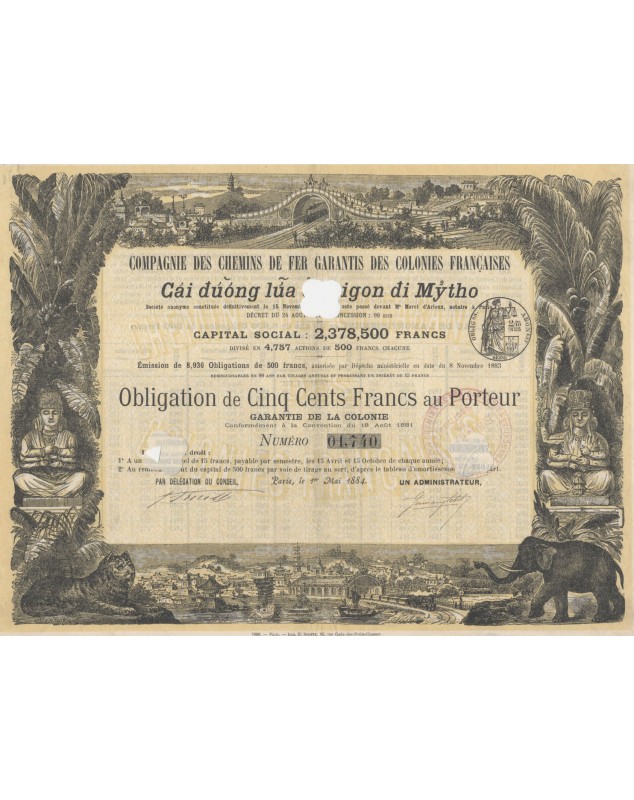 The Company had been incorporated in 1881 for the construction and operation of the railway from Saigon to Mytho (Cai duong lua o Saigon di Mytho).

This line was the first railway built and operated in Indochina. By decree of the President of the French Republic bearing the date of August 24, 1881, the Governor granted to Mr. Joret, engineer-builder residing in Paris, by agreement, the construction and operation of the railway line from Saigon to Mytho.

In 1884, the company issued 8,936 bonds guaranteed by the Colonial Government. In 1886, after numerous financial difficulties, the concessionary company offered to hand over operation of the line to the colony. In 1888, the operation was taken over by the Government of Cochinchina and the Société Générale des Tramways à Vapeur de Cochinchine, in return for an annuity to ensure the service of interest and the amortization of shares and bonds. Amortized shares are transformed into dividend-right shares.