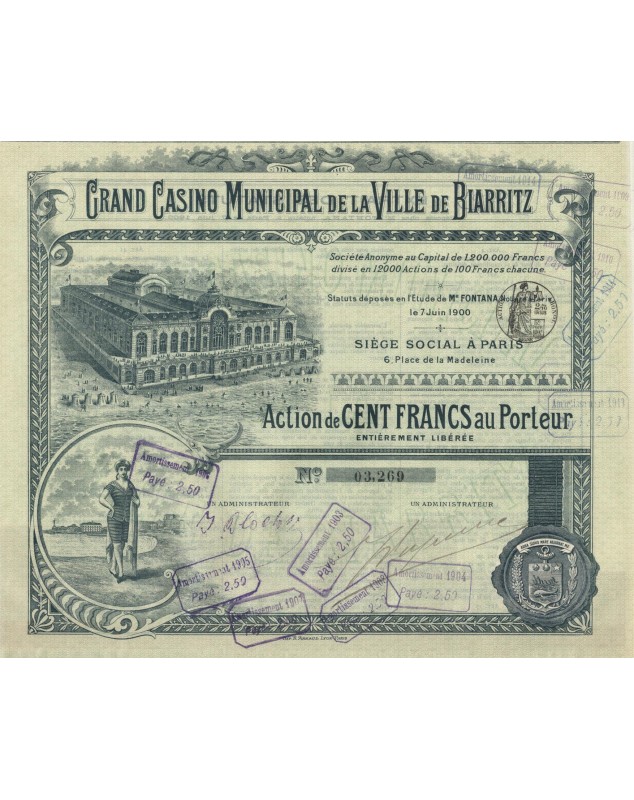 Beautiful illustration with a view of the casino, the beach, a bather. Green paper.

Statutes on the back.

Company founded in 1900. The casino is built on the site of the former "Bains Napoléon".

The casino is operated by Alfred Boulant and a certain Dame Catelain. Boulant, which already owned the Casino de Bellevue, opened the second casino in Biarritz in 1901.

When he died in 1927, his son-in-law, Georges Détrimont, took over and in 1929 inaugurated a casino restored by the architect Laulhé.

The casino did not survive the financial crisis of 1929, and the family sold its assets in 1932.

The casino was almost abandoned at the end of the 1980s. Didier Borotra, mayor of the city, rehabilitated it with the architect Francois Lombard.

The casino was listed in the Inventory of Historic Monuments in 1992. It is now operated by the Barrière group.