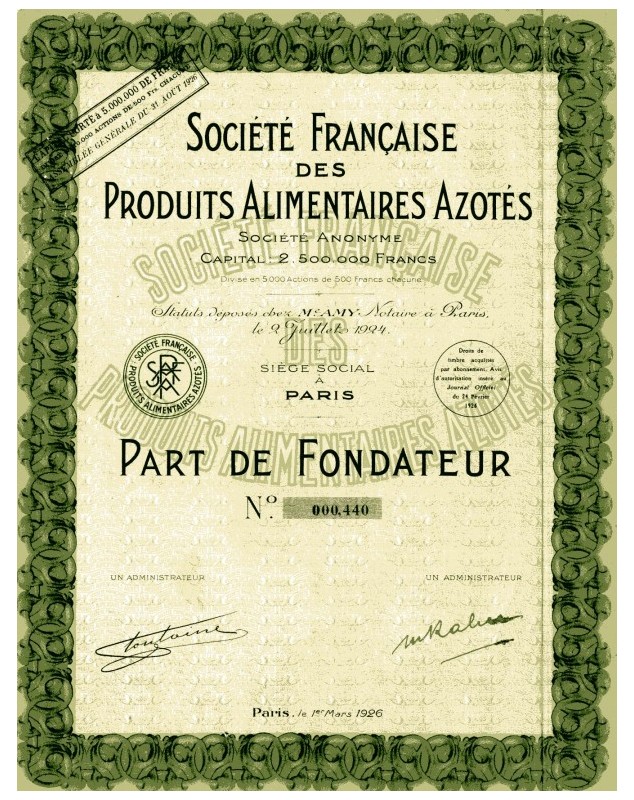 Company incorporated in 1924 by the Distilleries de l'Indochine with an initial capital of 2 million in 4,000 shares of 500 francs, of which 600 are contributed. 1,200 founder's shares were created, of which 600 were given to the Distilleries de l'Indochine. The capital was subsequently increased to 5 and then 6 million francs by the creation of shares.

Factories were created in Strasbourg and Boulogne-sur-Mer.

The food products manufactured by the S. F. P. A. A. had several aspects: powder, paste, liquid, which could be incorporated into biscuits, breads, flours.

An agreement was made with the Heudebert house for the manufacture of super-nitrogenated biscuits and flours.