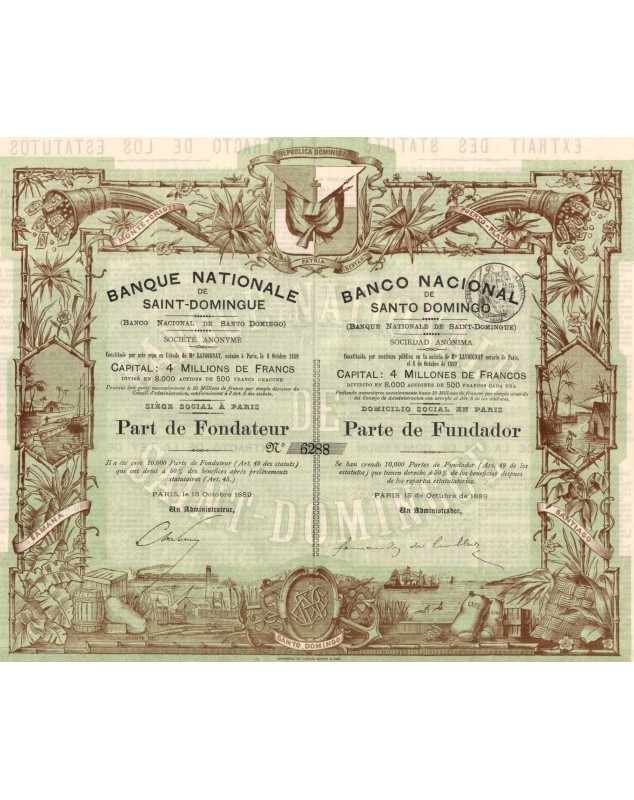 The bank was incorporated in 1889 as a French limited company, with its central administration in Europe and its business in Santo Domingo. It had the obligation to found branches in Santiago, Puerto-Plata, Monte-Cristy and Samana at the latest in the first year following its installation. The bank had the right to mint the national currency. (excerpt from the concession law).

With many coupons (only two were cut in remuneration of the beneficiaries of the shares).

Excerpt from the statutes and the concession law on the back (in French and in Spanish).

3 other products in the same category: