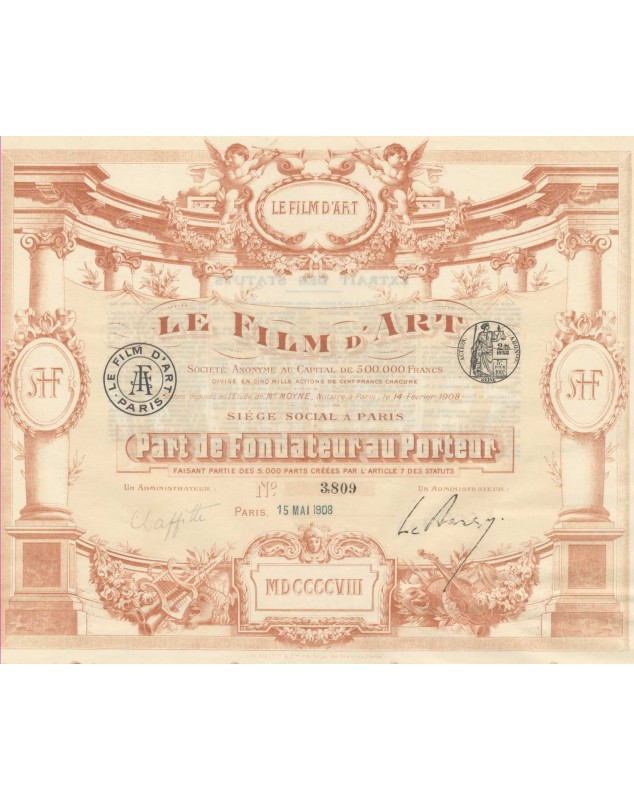 Le Film d'Art is a production company founded in 1908 by Paul Laffitte, at the request of the members of the Comédie-Française to ensure the production on screen of historical, mythological or theatrical scenes filmed from authentic and renowned adaptations. . At the time of the development of the cinema, the public turns away from the theater and the opera.

The purpose of the company is (excerpt from the articles of association on the back):

"The manufacture, either according to current cinematographic processes, or according to any other processes which would be discovered later, of all views and scenes intended for animated projection and more particularly of scenes based on scenarios signed by contemporary authors, with the help of well-known artists; The publishing and sale of the company's products; The organization in France or abroad of cinema performances or screenings (...)."