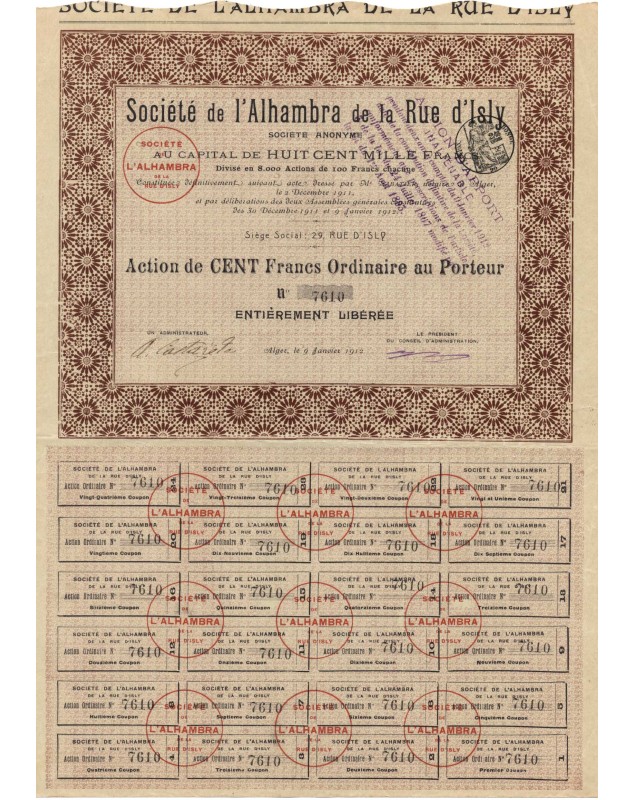 The purpose of the company was the construction in Algiers, rue d'Isly, at number 27, of a theater-casino and the operation of this theater with Mr. Jacques Guiauchain for architect.

Signed by the founder of the company Alban Castarède, industrialist, hardware store, deputy mayor of Algiers.

The theater was managed by Mr. Gimer, followed by Mr. Charles Malinconi until 1924 when he took over the management of the Kursaal.