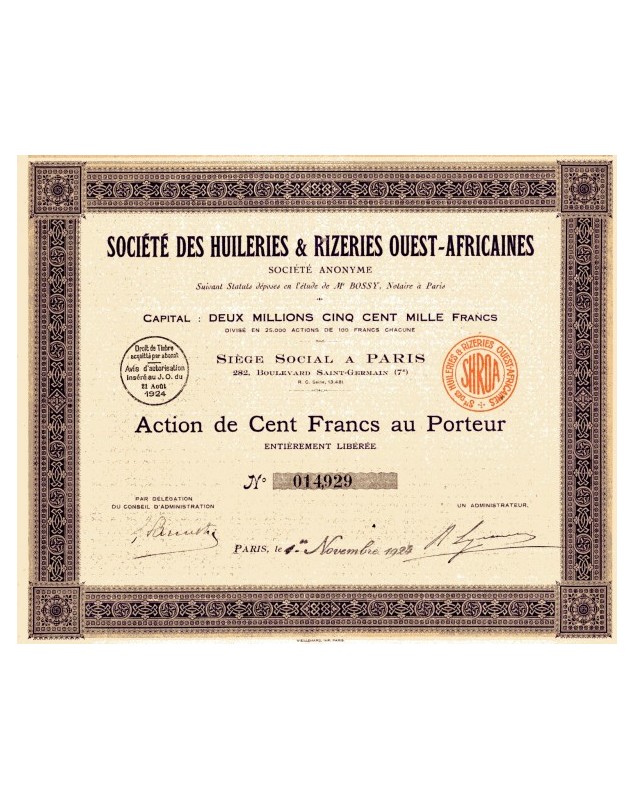 The company was born from the merger in 1924 of Société des Huileries-Rizeries de Guinée with Société de l'Huilerie Ouest-Africaine, whose headquarters and peanut shelling plant were located in Kaolack in Senegal and represented by C. Guy, Honorary Governor of the Colonies.