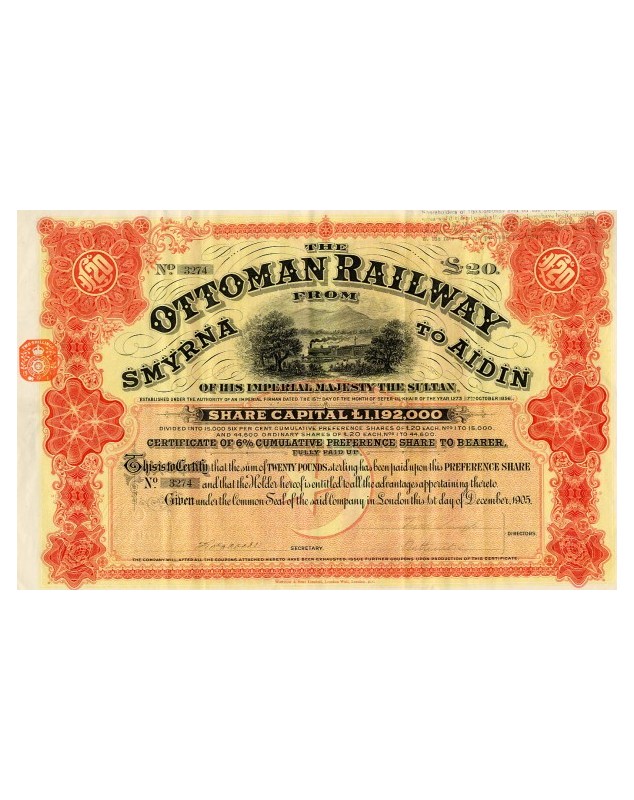 The concession for the railway from Smyrna (today Izmir) to Aidin was given in 1855. Two years later this company was founded in London. But the building of the railway was protracted, because it was very difficult to sell the share certificates. In 1860 the first part of the railway was finally opened. In 1866 another line of 166 kilometres was opened. The railway was nationalised in 1935.