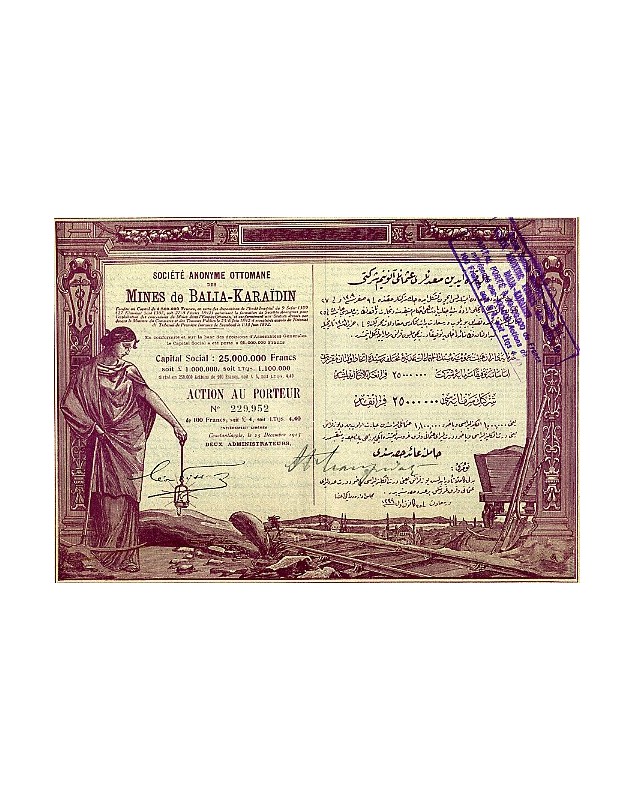 Company founded in 1892 by the Ottoman Bank, with Banque de Paris et des Pays-Bas and other private investors.

It developed and became one of the first lead and silver extractors in Balya. It also mined lignite in the Mancilik region.

Before the First World War, the company was listed on the Paris Stock Exchange.

The First World War led to the cessation of activity. The company then took the name of "Compagnie Turque des Mines Balia-Karaïdin". The owners and management are French, 4 to 5000 Turkish workers work there.

In the 1930s, the company collapsed, partly because of the global economic crisis which also affected the price of raw materials and ended up being liquidated.