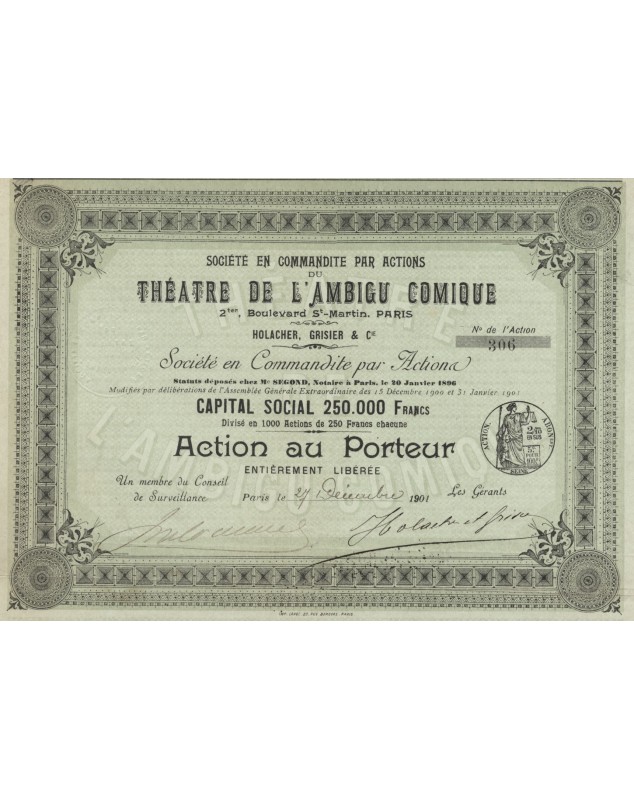 Theater originally located Boulevard du Temple (1769), it burned down in 1827 and a new hall, built 2ter boulevard Saint-Martin, at the corner of rue de Bondy by Hittorf and Lecointe was built in 1828. For more than ten years, this theater was not very prosperous, the theater of the Porte-Saint-Martin making it a stiff competition. The theater was transformed in 1920 into a cinema hall. The hall became a theater again in 1954 but had to close in 1966.

Signed by the founders Holancher and Grisier.