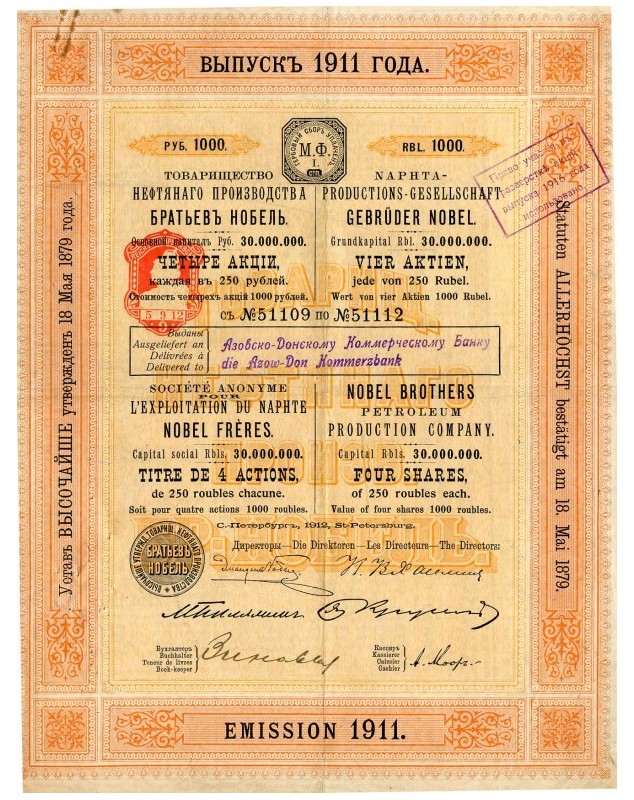 Ludvig and Alfred Nobel (founder of the Nobel Prize) were figures of the Russian oil industry. They founded an oil refinery in Baku in 1876. Ludvig Nobel headed the oil company BRANOBEL, invented the tanker and built the first pipeline in Europe to transport naphtha.

The Nobel Brothers Petroleum Company was founded in 1879.