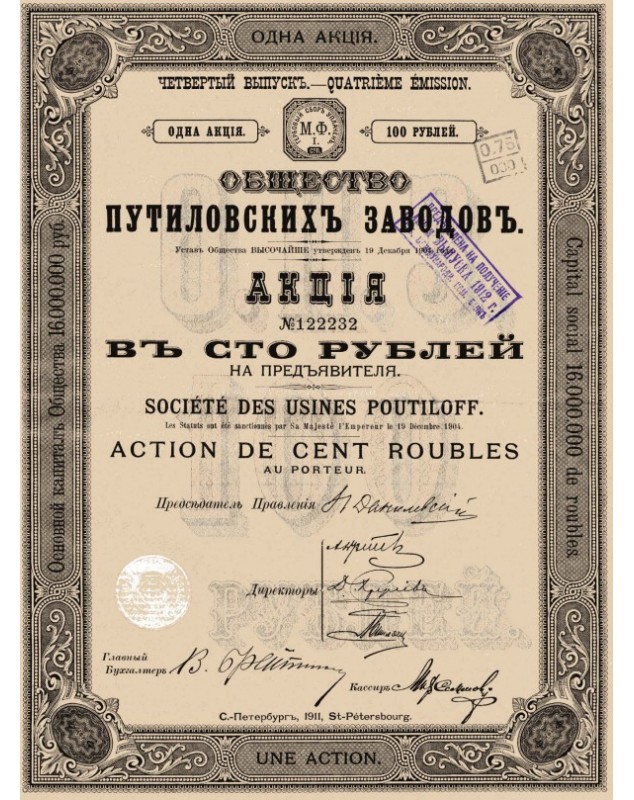 It was a major Russian machine builder based in St. Petersburg. It was a foundry for cannonballs supplying the army.

The factory grew until 1917, and became the largest in the Saint Petersburg region.

It was in these factories that the protest began which led to the revolution with the strike of factory workers in February 1917.